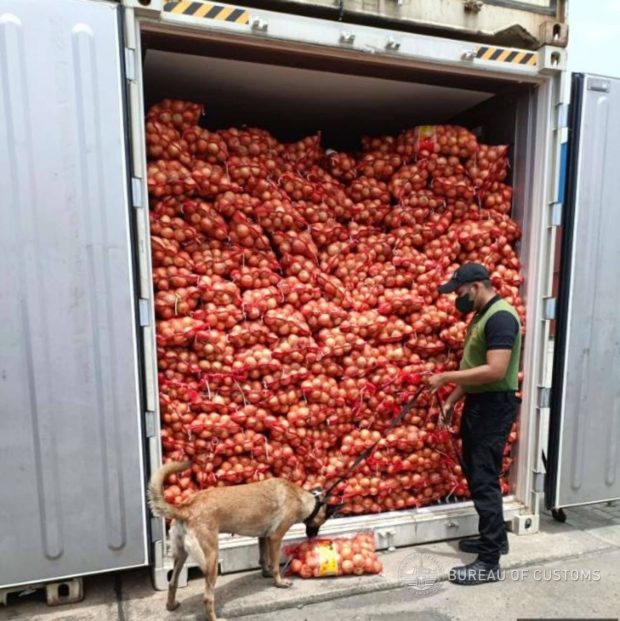 This undated photo from the Bureau of Customs shows a container filled with smuggled onions at the Mindanao Container Terminal Port in Tagoloan, Misamis Oriental.

MANILA, Philippines — The Bureau of Customs (BOC) has confiscated P12 million worth of smuggled onions at the Mindanao Container Terminal Port in Tagoloan, Misamis Oriental.

The BOC said in a statement Thursday that agents discovered the smuggled agricultural products during a physical examination of four containers at the Mindanao Container Terminal Port on Tuesday, July 18.

The shipments, declared “Spring Roll Patti” as indicated in its Inward Foreign Manifest, arrived on July 12 from China and were consigned to Primex Export and Import Producer, the bureau said. 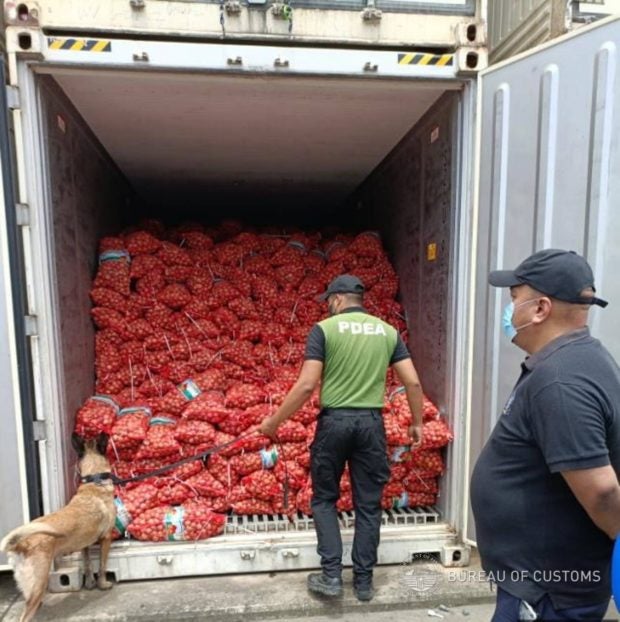 This undated photo from the Bureau of Customs shows a container filled with smuggled onions at the Mindanao Container Terminal Port in Tagoloan, Misamis Oriental.

During Tuesday’s inspection, it was found out that the shipment contained red and white onions – not Spring Roll Patti as declared in the shipment’s manifest.

The BOC said a warrant of seizure and detention will be issued against the agricultural products for violation of Section 1400 of the Republic Act No. 10863 or the Customs Modernization and Tariff Act.

“District Collector Cruz hopes that this will be a stern warning to unscrupulous individuals who will deprive the government [of] lawful revenues to stop their smuggling activities,” the BOC said. – Nicole Faye Agcaoili, INQUIRER.net intern