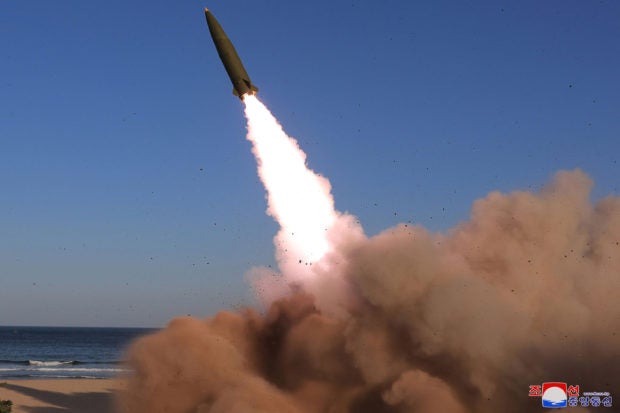 “I cannot but express deep regret over the said remarks of the UN secretary-general that grossly lack impartiality and fairness and go against the obligations of his duty, specified in the UN Charter, as regards the issue of the Korean peninsula,” Kim Son Gyong, vice minister for international organizations of North Korea’s foreign ministry said in a statement.

Kim added that the U.N. secretary-general should not request or accept orders from the government of a specific country but refrain from doing any act that may impair his or her position as an international official who is liable only to the UN.

Kim said the North’s “complete, verifiable and irreversible denuclearisation” (CVID) was “an infringement upon the sovereignty of the DPRK,” referring to North Korea by the initials of its official name, the Democratic People’s Republic of Korea.

“It demands the unilateral disarmament, and Secretary-General Guterres perhaps knows well that the DPRK has totally rejected it without any toleration,” said Kim, adding that Guterres should be careful when uttering “dangerous words” amid the extremely acute situation on the Korean peninsula.

North Korea has test fired a record number of missiles this year, and officials in Seoul and Washington say that it appears to be preparing to test a nuclear weapon for the first time since 2017, amid stalled denuclearisation talks.