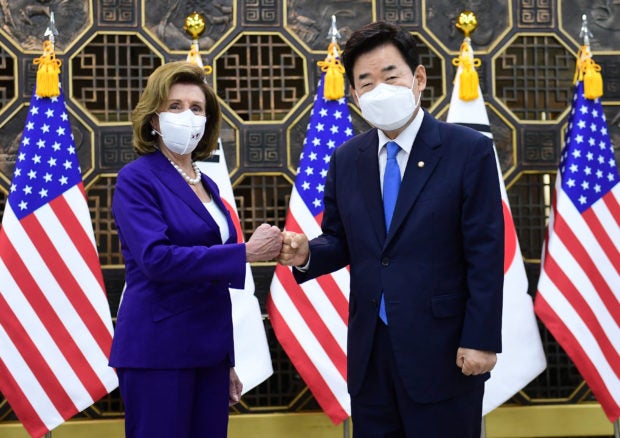 SEOUL — U.S. House of Representatives Speaker Nancy Pelosi and her South Korean counterpart vowed on Thursday to support efforts to maintain a strong deterrence against North Korea and achieve its denuclearization.

A joint statement was issued after Pelosi met South Korea’s National Assembly Speaker Kim Jin-pyo in Seoul, during which they expressed concerns over the North’s evolving nuclear and missile threats.

Pelosi arrived in South Korea late on Wednesday following a brief stop in Taiwan, and met U.S. embassy officials in Seoul earlier on Thursday before talks with Kim and other lawmakers. 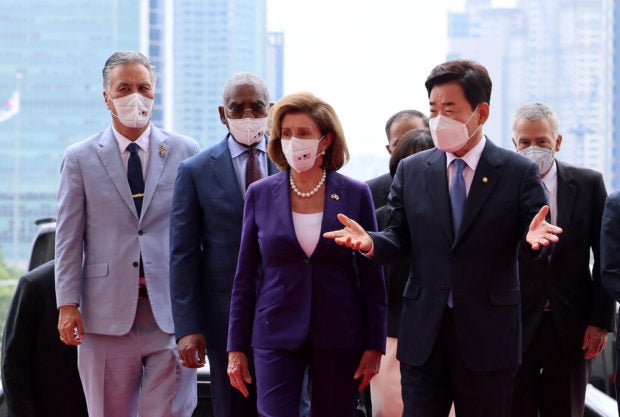 She would be the highest-level U.S. official to visit the area after former President Donald Trump, who met North Korean leader Kim Jong Un there in 2019.