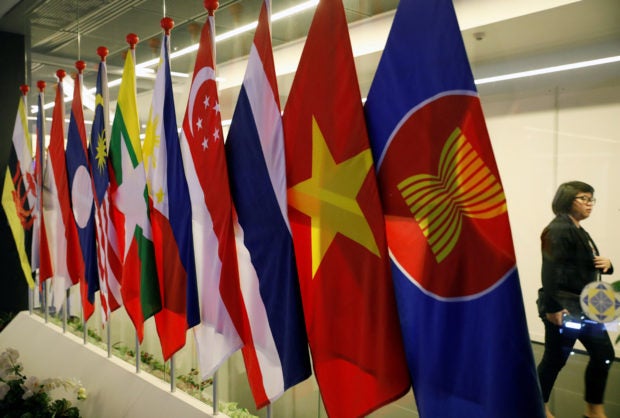 PHNOM PENH — Southeast Asia’s regional bloc Asean warned on Thursday of a risk that volatility caused by tensions in the Taiwan Strait could lead to “miscalculation, serious confrontation, open conflicts and unpredictable consequences among major powers”.

The Association of Southeast Asian Nations made the remarks in a statement from foreign ministers after its chair, Cambodia, had urged all sides to de-escalate tension over Taiwan.

The meeting in Phnom Penh of the 10-nation bloc, which is being attended by a string of other countries including China and the United States, has been overshadowed by developments in Taiwan following the visit by the U.S. house speaker Nancy Pelosi.

“Asean stands ready to play a constructive role in facilitating peaceful dialogue between all parties,” Asean said as it called for maximum restraint and for parties to refrain from provocative action.The Pelosi trip, the highest level U.S. visit to self-ruled Taiwan in 25 years, has sparked outrage in China, which has responded with a burst of military exercises and other activity in the area.

Southeast Asian countries tend to tread a careful line in trying to balance their relations with China and the United States, wary of getting in between the super powers.

U.S. Secretary of State Antony Blinken, in comments after talks with his Indian counterpart Subrahmanyam Jaishankar, said he had been able to compare notes with a close partner “as we head into these very important Asean meetings”.

“We have a shared vision together for a free and open Indo-Pacific,” said Blinken, who is not expected to hold a meeting with Chinese Foreign Minister Wang Yi in Cambodia.

Blinken, who is among 27 foreign ministers set to join an Asean Regional Forum security meeting on Friday, said his meeting with Jaishankar had covered “the situation in Sri Lanka, Burma, and a number of other hot spots”.

The Asean talks had been expected to focus on the bloc’s foundering diplomatic push to resolve the crisis in Myanmar, also known as Burma, which has been in turmoil since the military seized power in a coup last year.

Cambodian Prime Minister Hun Sen said on Wednesday that Asean would be forced to reconsider a peace plan agreed with Myanmar if its military rulers executed more prisoners.

Asean has pushed the Myanmar junta to follow a peace “consensus” agreed last year and has condemned its recent execution of four activists linked to a movement opposed to military rule, its first executions in decades.

The Myanmar junta last week defended the executions as “justice for the people”, brushing off a deluge of international condemnation.

Myanmar is not represented at this week’s Asean meetings after its military declined a proposal to send a non-junta representative. Asean has barred the generals until progress in the peace plan is demonstrated.

Some members of Asean have been increasingly strident in their criticism of Myanmar.

Singapore’s foreign ministry said on Wednesday Myanmar had “disrespected” the peace effort, adding “without any progress on this front, further engagement with the Myanmar military authorities would be of limited value”.

Still, some analysts and diplomats question what other measures Asean, which has a tradition of non-interference in each other’s internal affairs, will be prepared to take against fellow member Myanmar.