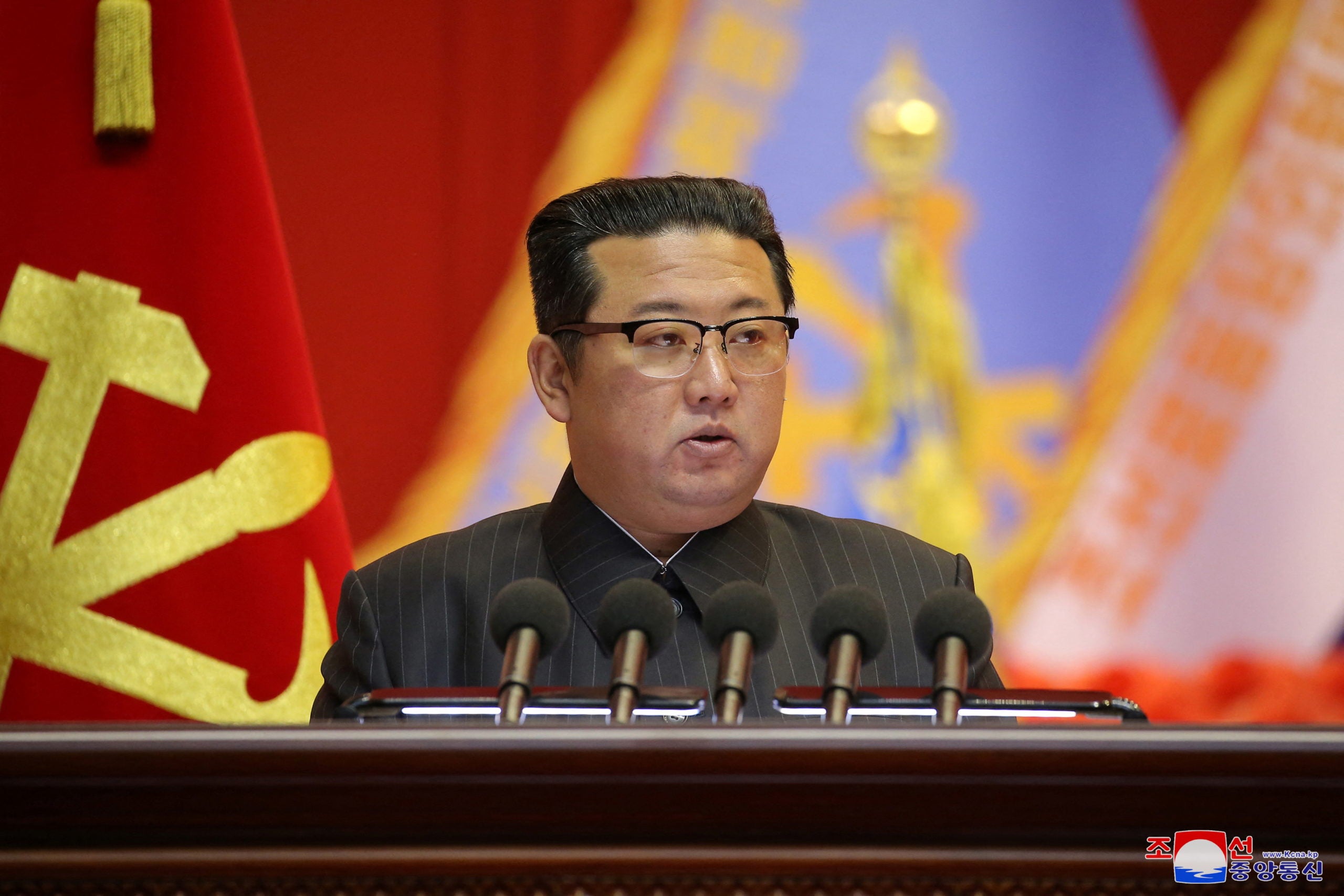 FILE PHOTO: North Korean leader Kim Jong Un speaks during the Eighth Conference of Military Educationists of the Korean People’s Army at the April 25 House of Culture in Pyongyang, North Korea in this undated photo released on December 7, 2021. KCNA via REUTERS

SEOUL  — North Korean leader Kim Jong Un capped off his 10th year in power with a speech that made more mention of tractor factories and school uniforms than nuclear weapons or the United States, according to summaries by state media on Saturday.

North Korea’s main goals for 2022 will be jump-starting economic development and improving people’s lives as it faces a “great life-and-death struggle,” Kim said in a speech on Friday at the end of the 4th Plenary Meeting of the 8th Central Committee of the Workers’ Party of Korea (WPK), which began on Monday.

The meetings coincided with the 10-year anniversary of Kim effectively assuming leadership of the country after the death of his father in 2011.

Kim has used previous speeches around the New Year to make major policy announcements, including launching significant diplomatic engagements with South Korea and the United States.

But summaries of his speech published in North Korean state media made no specific mention of the United States, with only a passing reference to unspecified discussions of inter-Korean relations and “external affairs.”

The domestic focus of the speech underscored the economic problems Kim faces at home, where self-imposed anti-pandemic border lockdowns have left North Korea more isolated than ever before, with international aid organizations warning of possible food shortages and a humanitarian crisis.

“The main task facing our Party and people next year is to provide a sure guarantee for the implementation of the five-year plan and bring about a remarkable change in the state development and the people’s standard of living,” Kim was quoted as saying.

Kim spent the majority of his speech detailing domestic issues from an ambitious plan for rural development to people’s diets, school uniforms, and the need to crack down on “non-socialist practices.”

“Overall, Kim might be aware that revealing sophisticated military development plans while people are suffering food shortages and harsh conditions outside of Pyongyang might not be such a good idea this year,” he wrote on Twitter.

Saturday’s state media report cited the development of “one ultra-modern weapon system after another” as a major achievement of the past year and said Kim called for bolstering the national defense to face an unstable international situation.

A tractor factory he discussed in the speech was likely used to build launch vehicles for missiles, foreign analysts have said, and North Korea is believed to have expanded its arsenal despite the lockdowns.

The reports of Kim’s speech did not mention the United States’ call for denuclearization talks, or South Korea’s push for a declaration to formally end the 1950-1953 Korean War as a way to restart those negotiations.

North Korea has previously said it is open to diplomacy, but that the American overtures appear hollow while “hostile acts” such as military drills and sanctions continue.