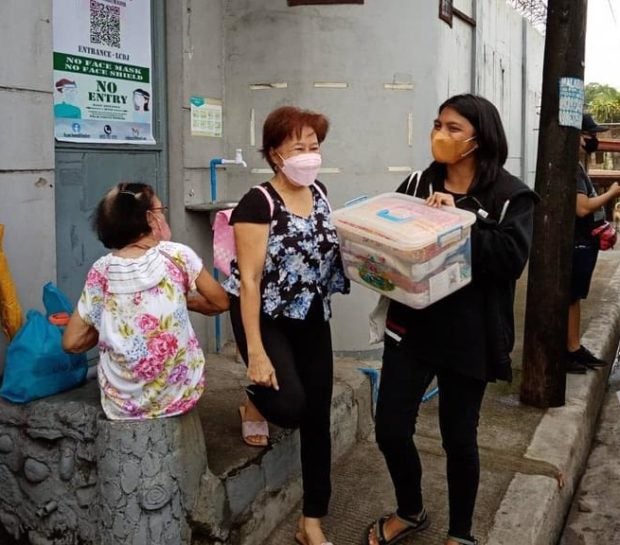 MANILA, Philippines — Daisy Macapanpan, the environmental activist who was arrested in Pakil, Laguna, last June on allegations that she is a communist rebel, was temporarily set free after posting bail, according to groups supporting her cause.

A video posted on Wednesday, August 10, by the Twitter page named Free Daisy Macapanpan Now showed the activist raising her arms as she leaves her detention area.

The said social media account shared that Macapanpan was able to post bail although it was unclear how the activist was able to do so since rebellion is generally a non-bailable crime.

Other activist groups like Bagong Alyansang Makabayan and Anakbayan have confirmed Macapanpan’s release from detention.

Macapanpan’s arrest drew controversy last June after her relatives and close friends claimed that the activist – who was also a former University of the Philippines-Baguio instructor – was wrongly and ‘inhumanely’ arrested.

They claimed that the arrest of the said activist was an “overkill” as several of the Philippine National Police’s Special Action Force (PNP-SAF) troopers and other military personnel were present to serve the warrant.

All in all, more than 20 uniformed personnel came to arrest Macapanpan, whom police say is a ranking member of a New People Army (NPA) committee operating in Southern Tagalog.

READ: Friends of green activist accused of being CPP-NPA member call for her freedom

But the PNP in its [email protected] program aired on the UNTV Network presented a body camera footage during Macapanpan’s arrest – in which it appears that despite the suspect’s insistence that she is not the same person as a Ka Tian Tyan – showing she was taken by the police in a peaceful manner.

They also clarified that the military personnel and the SAF troopers served as mere back-up as they were preparing for the worst considering that the person being arrested was an alleged NPA member.