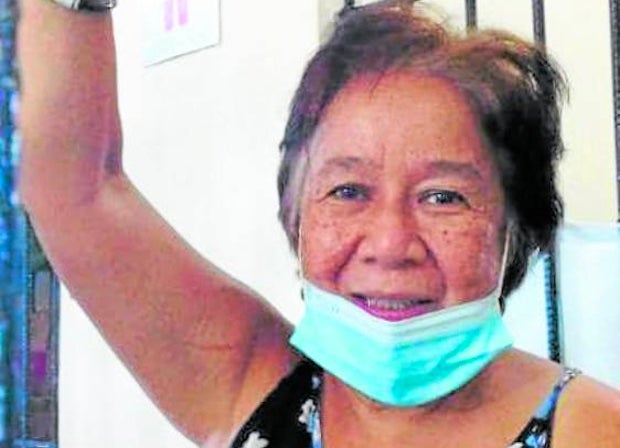 LUCENA CITY, Quezon, Philippines — Mayor Vince Soriano of Pakil town in Laguna province and environmental groups condemned the arrest of a 68-year-old woman in the town on Saturday over a 14-year-old rebellion case.

Soriano decried the arrest of Vertrudez Macapanpan, a known environmental defender in the town, as she was nabbed based on vague charges.

On Sunday, the Quezon police reported that a team of police officers and Army soldiers arrested Macapanpan in Barangay Burgos in Pakil around 4 p.m. on Saturday.

They came armed with an arrest warrant for a rebellion case pending at the Regional Trial Court Branch 65 in Infanta, Quezon, since May 23, 2008, and the revised version of the complaint dated March 4, 2013, police said.

The police report tagged Macapanpan as an alleged member of the Southern Tagalog Regional Party Committee of the Communist Party of the Philippines. She was placed in the custody of the police in General Nakar, Quezon.

Leon Dulce, national coordinator for Kalikasan PNE, said Macapanpan’s arrest was overkill: “Why send around 40 members of the Special Action Force to arrest a 68-year-old woman? That’s overkill. This is a clear reprisal against her for standing up against a potentially destructive dam project.”