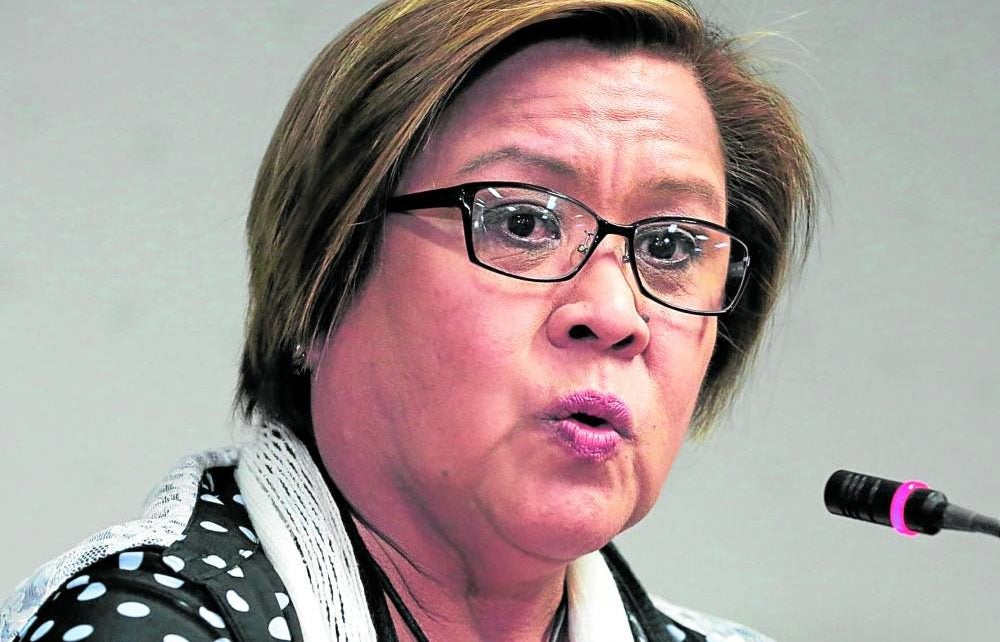 Detained former Sen. Leila de Lima on Thursday reiterated her innocence in the illegal drug cases filed against her by the previous administration following the Ombudsman’s recent dismissal of the bribery charges against her and her former aide, Ronnie Dayan.

“[This] is once again proof that the cases filed against me are all based on lies and fabrications of witnesses who were either coerced or bribed at the behest of the vindictive former President,” De Lima wrote in a dispatch from her detention cell in Camp Crame, Quezon City, on Thursday.

At the same time, she called on the Department of Justice (DOJ) to examine the evidence in the remaining cases against her, saying these were “all lies and used for [former President Rodrigo] Duterte’s vengeful satisfaction.”

“It is high time for the Marcos Jr. administration to see them for what they are. [Justice] Secretary [Jesus Crispin] Remulla should start investigating if indeed the DOJ evidence have truthful basis or were manufactured, given the retractions of witnesses and the illegal use of criminal convicts as state witnesses by the panel of prosecutors,” De Lima said.

Her counsel, Boni Tacardon, said they had started applying for bail for the former senator who has been detained since 2017, adding that her release was “inevitable not because of anything but because [she] did not commit the crimes attributed against her.”

Tacardon also stressed in an interview on ANC on Wednesday that the DOJ could still withdraw the drug charges pending in court for over five years against De Lima following the Ombudsman’s decision.

“Procedurally, the withdrawal of the drug charges is an executive act. So to our mind, our position is yes, the [DOJ] can still initiate an action to withdraw the charges based on this recent development,” he said.

The Office of the Ombudsman had said in its resolution that there was a lack of probable cause to indict De Lima and Dayan, due to “glaring inconsistencies” in the testimonies of state witnesses – confessed drug lord Kerwin Espinosa, Ram-Jhon Michael Espinosa and Marcelo Adorco.

Both Espinosa and Adorco recanted their affidavits linking De Lima to the illegal drug trade in April and June, respectively. They said they were only forced to do so by former government officials and the police.

Remulla, however, said it would be up to the courts to decide whether the Ombudsman resolution would affect the two remaining conspiracy to commit drug trading cases pending against De Lima in the Muntinlupa Regional Trial Court.

He added that a number of groups, “mostly diplomats,” had approached the DOJ, urging it to withdraw the drug cases against her.

While Tacardon admitted the DOJ’s position was correct, he said that it could still do something to bring justice to De Lima as it was within its mandate to ensure that only the guilty would be prosecuted.