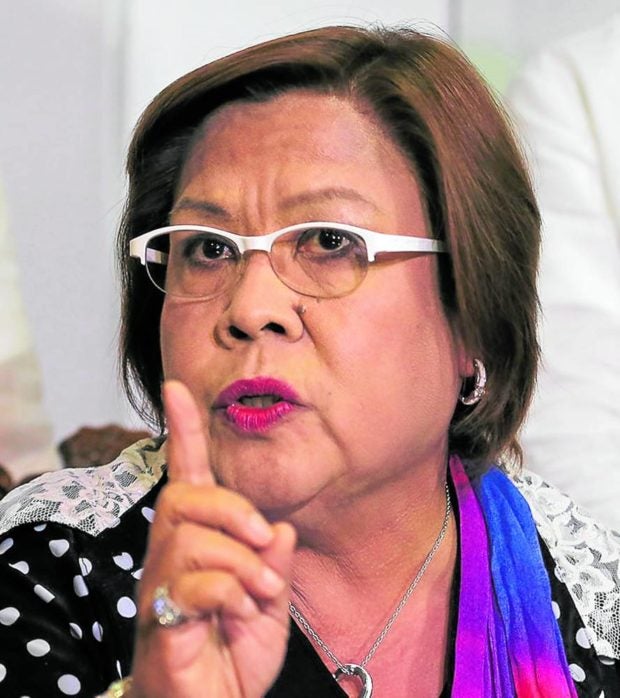 FILE PHOTO: Senator Leila de Lima, a fierce critic of President Rodrigo Duterte, has been in detention since February 2017 on drug charges she repeatedly denied and branded as fabricated. INQUIRER FILES

MANILA, Philippines — The Department of Justice’s (DOJ) review of drug cases filed against Senator Leila de Lima is offering a “glimmer of hope” for the detained opposition legislator.

Lawyer Romulo Macalinatal said this Tuesday as outgoing DOJ Secretary Menardo Guevarra had committed to reassessing the weight of the pieces of evidence against de Lima after a number of witnesses recanted their testimonies linking the senator to the illegal drug trade.

“The prosecution must rely on the strength of its own evidence, and not depend on its success upon the weakness of the evidence of the accused. For it is the prosecution’s burden to prove the guilt of the accused beyond a reasonable doubt, not for the accused to prove his innocence,” explained Macalintal, a counsel for Vice President Leni Robredo.

Robredo visited de Lima last week at the Philippine National Police headquarters in Camp Crame, Quezon City, where the senator is being detained since February 2017.

De Lima was part of the senatorial slate of Robredo, who ran for president in this year’s polls. Both did not succeed in their respective bids for prime national positions last May.

She has since implored the DOJ to “go beyond a superficial review” of the cases filed against her.

De Lima has repeatedly denied the drug charges against her, branding them as “trumped-up” or fabricated.