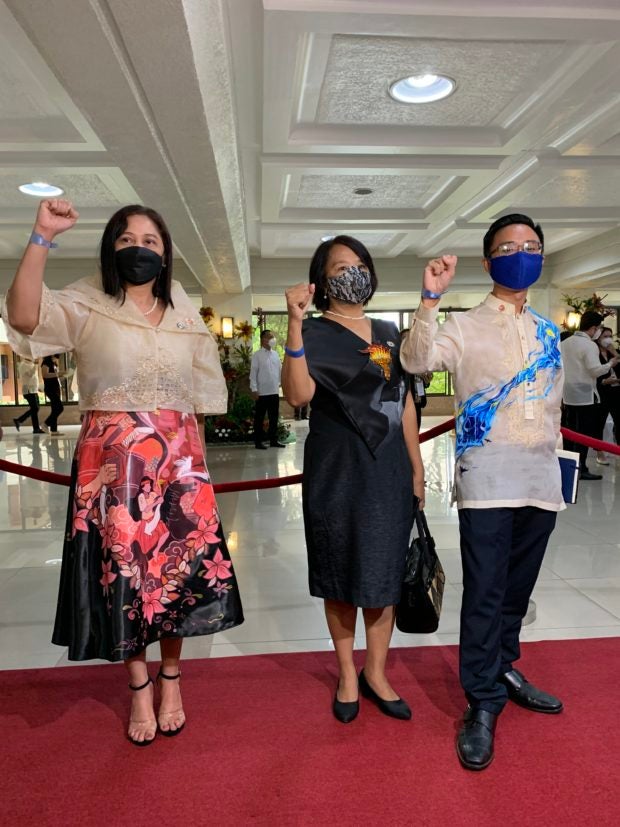 MANILA, Philippines — An investigation in aid of legislation into delisting 1.3 million conditional cash transfer beneficiaries by the Department of Social Welfare and Development (DSWD) is being sought after by the Makabayan bloc.

They argued the DSWD used incorrect methods to determine whether families had graduated from the cash transfer program.

In a previous statement, DSWD Secretary Erwin Tulfo said they would delist 1.3 million participants from 4Ps because their income is already above the poverty level. However, in Makabayan’s view, the government uses a very low-income threshold of P12,082.

“The national government is still using a very unrealistic and low poverty threshold of P12,082 per month for the food and non-food needs of the family,” the lawmakers said.

“It is incredulous to accept the claim that more families have crossed the poverty line and are considered non-poor, especially with nonstop price hikes, depressed wages, and massive joblessness. This ‘instawid’ or instant tawid scheme is highly questionable and must be investigated,” they added.

On Monday, minority lawmaker and Northern Samar 1st District Rep. Paul Daza delivered a privilege speech challenging Tulfo’s claim that 1.3 million families have already graduated from the 4Ps due to their already being above the poverty threshold.

Every indicator pointed to poverty worsening since 2020, due to the COVID-19 pandemic lockdowns, the global economic crisis brought on by the Russia-Ukraine conflict and other factors, he argued.

Makabayan said high inflation rates do not support the DSWD’s move to remove 4Ps recipients. Last August 5, the Philippine Statistics Authority (PSA) reported that July’s inflation rate was 6.4 percent — higher than June’s 6.1 percent, which was already a three-year high then.

“The 4Ps delisting process is also being carried out amid the four-year high inflation rate recorded in July 2022 amid growing calls for urgent economic relief and state-sponsored subsidies in the face of rising prices and worse economic downturn,” the lawmakers said in the resolution.

“The number of families who felt poor during the second quarter of 2022 reached 12.2 million from the 10.9 million during the first quarter of the year. This translates to additional 1.3 million poor families — coincidentally the same figure that DSWD wants to be delisted from 4Ps,” they added.

Press Secretary Trixie Cruz Angeles announced Tulfo’s plan to delist the 1.3 million beneficiaries. This delisting will free up P15 billion for new members of the program.

Not only legislators opposed Tulfo before. For example, many former DSWD officials said last July that giving cash incentives for revealing unqualified 4Ps beneficiaries would lead to recipients turning against each other, similar to the ‘Makapili’ under Japanese occupation.

A dreaded and loathed part of society in World War II, the Makapili were Filipino spying and exposing alleged guerrilla fighters on behalf of the Japanese.

The DSWD’s Makapili system veers away from the 4Ps helping poor families, according to Senator Koko Pimentel.