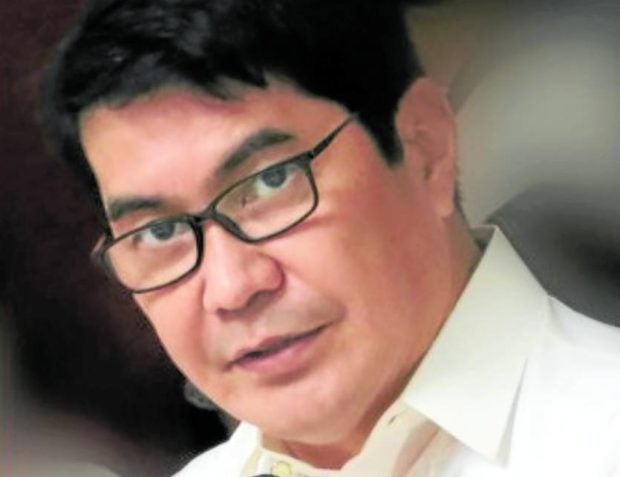 MANILA, Philippines — The plan of Social Welfare Secretary Erwin Tulfo to expose undeserving beneficiaries of the government’s cash aid program could just pit neighbor against neighbor, similar to the ways of the much-loathed “Makapili” spies during the Japanese occupation, one of his predecessors said on Wednesday.

Tulfo on Tuesday said one way to “clean” the list of beneficiaries of the poverty reduction measure for the poorest of the poor Filipino families called Pantawid Pamilyang Pilipino Program (4Ps) was to offer a reward of P1,000 for every unqualified beneficiary pinpointed by anyone.

A tipster can report as many ineligible aid recipients as he can to the Department of Social Welfare and Development (DSWD) hotline or to its official Facebook page, but each one has to be verified by social workers before the reward is paid.

That bounty system could well be a segment of his older brother and senator Raffy’s public service show on YouTube, “Raffy Tulfo in Action,” or his eldest brother Ramon’s former television show “Isumbong Mo Kay Tulfo” where people seek help from the tough-talking former Inquirer columnist.

But two former social welfare secretaries, a senator, and an urban poor community leader don’t believe it’s a great plan as it would only sow division among neighbors.

Such a plan “might” help but it would not be a good idea overall, according to Esperanza Cabral, who headed the DSWD from 2005 to 2009.

“It will pit members of the community against each other much like what happened in WW (World War) II with the Makapili,” Cabral told the Inquirer on Wednesday.

The Makapili, or the Makabayang Katipunan ng mga Pilipino, was a militant pro-Japanese movement. Its members received military training and worked as soldiers or spies for the Japanese.

Judy Taguiwalo, a former activist who served a little more than a year as DSWD secretary during the Duterte administration, said Tulfo’s plan was “problematic” and would just intimidate impoverished families.

“It comes across as striking fear. So, why does it have to be that way? It’s like having a basic assumption that the unqualified ones are going into hiding and that you have to smoke them out,” she said.

“It’s not a good idea and it won’t even help in terms of the objective in helping the community. You will just create bigger divisions among the people. They will suspect one another,” she pointed out.

Eufemia Doringo, secretary general of the urban poor group Kalipunan ng Damayang Mahihirap (Kadamay), said it was the DSWD’s responsibility to cleanse the 4Ps list and not rely on individuals and pitting them against each other for a prize.

“If they say they lack people, that’s impossible. They can easily tap barangay officials who know who in their communities are deserving or not,” Doringo said.

Tulfo reported during a Cabinet meeting on Tuesday that around 1.3 million households had been removed from the 4Ps list of beneficiaries after they had graduated from being poor to “nonpoor.”

Taguiwalo said the cleansing of the list should follow a certain criteria on when a household or family could be considered a 4Ps “graduate.”

The DSWD should determine whether the family could eat three meals a day and if the children had finished high school, she said. “That’s how the basis should be,” she said.

Taguiwalo said the DSWD should also clarify what “nonpoor” meant.

Cabral said there also should be a “grievance process” for families unfairly delisted and that the DSWD should “abide by the process in a transparent and accountable manner.”

Sen. Aquilino Pimentel III also opposed Tulfo’s “very unnecessary” reward system which he said would only reduce the total funds for the poor.

“The validation of the list of the poor beneficiaries of the 4Ps program is the built-in responsibility in the role of the DSWD itself as the program implementer,” the senator said in a statement.

Pimentel was appalled that the DSWD was going to give P1,000 to informants when a typical 4Ps beneficiary only receives around P1,200 to P1,400 monthly.

“Money for the poor goes to informers and these informers may not even be poor,” he said.

Pimentel said Tulfo’s move made the cash aid program “too convoluted (and) too topsy-turvy.”

“We (will) lose focus on the real purpose of the 4Ps program. That should not be a source of reward money, but assistance to the poor,” he said.

Pimentel said the government trusted the DSWD in being able to identify its beneficiaries and cleansing its list with its own “intelligence, patience, perseverance, resources, and organization.”