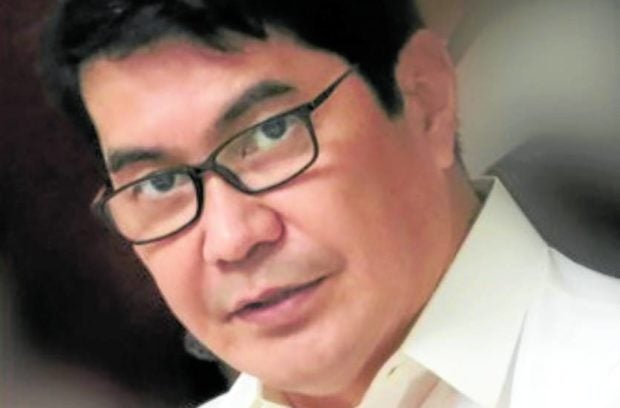 MANILA, Philippines — Social Welfare Secretary Erwin Tulfo on Tuesday said 1.3 million Filipino households had “graduated” from extreme poverty and would no longer receive conditional cash grants from the government, freeing up to P15 billion for new beneficiaries of the poverty reduction program.

Tulfo reported the plan by the Department of Social Welfare and Development (DSWD) to delist these beneficiaries to President Ferdinand Marcos Jr. during the third Cabinet meeting of the new administration on Tuesday, according to Press Secretary Trixie Cruz Angeles.

The number of beneficiaries to be delisted is more than 25 percent of the 4.4 million households which are recipients of the conditional cash transfer, or Pantawid Pamilyang Pilipino Program (4Ps).

“This frees up P15B for other qualified persons to replace them and now be included in the 4Ps program,” Angeles said in a statement.

In a phone interview with reporters, Tulfo said the DSWD made the move after he received a “marching order” from the president to review the conditional cash transfer program first implemented by the Arroyo government and expanded by the Aquino administration.

He said the DSWD was investigating 600,000 more households to determine whether they were still qualified to benefit from the program, which provides cash to the poorest of the poor families to help maintain essential nutritional needs, keep young children in school and obtain basic health care.

Asked what the President’s reaction was to his report, Tulfo said: “He looked at me, surprised. He looked surprised.”

But did Mr. Marcos support the planned delisting? “Yes,” Tulfo replied. “It was his marching order to clean the 4Ps list.”

“They are not considered anymore as poor,” he said of the large number to be removed from the list of 4Ps beneficiaries.

He said the DSWD’s national targeting office, which determines who are supposed to be included in the 4Ps, only had “poor and nonpoor” on its list.

In a July 14 television interview, Tulfo said that those who had “graduated” from the 4Ps “can now stand on their own two feet.”

“They can survive day-to-day and then their children, they may have graduated [from school] so they are no longer qualified,” the DSWD chief said.

The 4Ps poverty reduction strategy was institutionalized by Republic Act No. 11310 signed in 2019 by Mr. Marcos’ predecessor, Rodrigo Duterte.

As a permanent government program, it would get yearly allocations from the national budget.

The program is conditioned on the beneficiary families’ commitment to achieve target outcomes in health and education.

Qualified beneficiaries include farmers, fishermen, homeless families, indigenous peoples, those from the informal sector and those living in isolated and disadvantaged areas, especially those without electricity.

According to the DSWD, a total of P89.7 billion in cash grants was released to about 4.3 million households last year alone.

The program as a whole provides “social assistance” in the form of monetary support and “social development” aimed at breaking the “intergenerational poverty cycle” by giving the poorest Filipino families the means to invest in health and education.

Tulfo told the Inquirer that he would ask the help of the public to clean up the list of beneficiaries by offering a reward to anyone who can give information about households or persons who are 4Ps beneficiaries but unqualified to receive the cash benefits.

He clarified, however, that the reward system would not be implemented this month while the DSWD scrutinized the 4Ps list.

Under the bounty program which may be implemented as early as September, a tipster can receive P1,000 for each nonpoor name he can provide to the DSWD hotline or official Facebook page.

Five names could earn the informant P5,000, but only if the DSWD social workers verify them.

Dating back to Arroyo years

“This is to make sure that we are not leaving any people [on the 4Ps list] who are not supposed to be there receiving money instead of the people who deserve the help,” Tulfo told the Inquirer in a phone interview.

“We are just making sure that our list is real and clean, that the people receiving the ayuda [aid] are the right persons who need the ayuda,” he said.

Tulfo said the President will get a “clean” copy of the list once finalized by the DSWD, but this could take weeks.

The current list contains the names of beneficiaries from as far back as 2009 during the Arroyo administration, Tulfo said.

The 4Ps law states that the cash aid could be given to poor households for a maximum of seven years.

Tulfo said that the reward system could help save money for the government if the minimum P1,200 monthly that an unqualified beneficiary could receive were taken into account.

An investigation team which Tulfo will later form will verify an informant’s tip with help from social workers.

“When we say ‘nonpoor,’ it means you can afford to buy home appliances, furniture, and then if you are a 4Ps beneficiary yet you can afford an air conditioner, then how can you afford that?” Tulfo said.