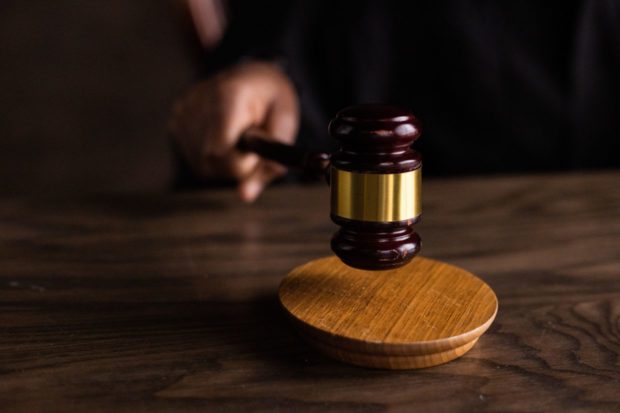 The 37-year-old offender was sentenced to 13 weeks’ jail on Monday (Aug 8) after he pleaded guilty to a voyeurism charge. — Pexels via The Straits Times/Asia News Network

SINGAPORE — A clinic assistant who had cycled to work told a doctor there that she was going to the toilet to change her clothes.

After the 43-year-old woman entered the toilet, the doctor went to the alley next to the clinic via a back door and recorded the victim showering.

The 37-year-old offender was sentenced to 13 weeks’ jail on Monday (Aug 8) after he pleaded guilty to a voyeurism charge.

The doctor cannot be named as there is a gag order protecting the victim’s identity.

Deputy Public Prosecutor Emily Zhao told the court that the doctor was already in the clinic when the victim arrived at 8am on March 23, 2021.

The toilet she used was the only one there, located in the doctor’s office. It had a louvered window that faced the alley outside the clinic.

As the victim was showering, she noticed a shadow at the window and a green mobile phone extended through one of the gaps, with the camera pointing at her. She also saw a piece of paper attached to the back of the phone.

The victim immediately shouted, after which the phone was withdrawn.

She quickly got dressed, left the toilet and went to the alley.

She saw a closed-circuit television camera belonging to a hardware shop, which pointed towards the alley and got the camera footage from the shop when it opened.

Watching the footage, she saw a man wearing a blue, green and white striped top and a pair of grey pants loitering in the alley at about 8.10am that day.

Based on the attire and the build of the male subject, she suspected it was the doctor.

The clinic assistant knew the doctor had a green Xiaomi Redmi Note 8 Pro phone with a piece of yellow paper placed between the phone and its cover.

She did not confront the doctor, but directly notified her employer about the incident.

The offender later admitted that he went to the alley behind the toilet with the intention of watching the victim showering.

He attempted to see inside the toilet by jumping towards the window. He then left, and returned with his mobile phone to record the victim showering.

After she shouted, he ran back to the clinic and deleted the two video recordings and one image of the victim he had taken.

For voyeurism, the doctor could have been jailed for up to two years, fined, caned or sentenced to any combination of these punishments.

Read Next
Singaporean charged with wife’s murder in UK tells court he does not remember killing her
EDITORS' PICK
House energy committee chair Arroyo bats for cheap electricity
Bongbong Marcos to slain journalist’s kin: ‘We are ready to help’
Score lots of freebies and discounts on vivo 10.10. Sale
Smart awards ‘Subscribe & Get Lucky’ Raffle Promo winners
10,000 to less than 500: How people are driving the tamaraw to extinction
Marcos wants to accelerate efforts to build agricultural sector back
MOST READ
34 people killed in mass shooting at daycare center in Thailand
Marcos admin gets high approval ratings in Pulse Asia survey
Marcos Jr. wants next press secretary to be journalist or media practitioner
Bongbong Marcos reappoints Uy as DICT chief
Don't miss out on the latest news and information.