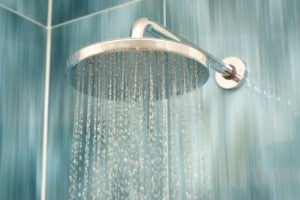 SINGAPORE — An unemployed man was jailed for four weeks on Monday for taking a video of his tenant in the shower.

Malaysian Goh Hoo Siang, 34, who is a Singapore permanent resident, admitted to insulting the modesty of a 25-year-old woman at his home in Woodlands on July 15 last year.

The victim, a Malaysian, and her sister, were tenants at the time.

The court heard that between July 9 and 10 last year, Goh bought a thumbdrive with an attached pinhole camera and video recording capabilities from Sim Lim Square.

The victim returned home that evening and took a shower.

Towards the end of the shower, the recording device fell off. She picked it up and left the toilet.

When Goh went in to get the device, it was gone.

The victim saw part of the video on her laptop. She and her sister quickly left the flat to make a police report.

In his mitigation, Goh pleaded for a chance to turn over a new leaf. He tendered a medical memo from Khoo Teck Puat Hospital stating that he suffers from voyeurism – sexual interest in spying on people engaged in intimate behaviours.

Deputy Public Prosecutor Lee Zu Zhao pointed out that a recent High Court judgment stated that voyeurism does not deprive a person of self-control in the way that impulse control disorder does.

He cited aggravating factors such as high degree of planning and pre-meditation in seeking a jail sentence.

District Judge Crystal Ong agreed that a jail sentence was warranted. Goh had betrayed the trust of his tenant and managed to capture the victim nude while she was showering.

Calling it a grave intrusion of privacy and a serious insult of modesty, she said that it was lucky that more footage had not been captured.

Goh could have been jailed for up to one year and/or fined.