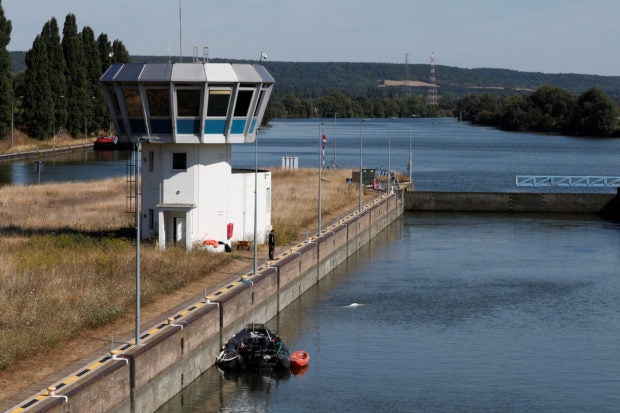 PARIS — French authorities are considering whether to transport a beluga whale in the Seine river back to sea but may also keep the animal for longer in a saltwater tank to nurse it back to health, a government official said on Monday.

The beluga, which normally lives in arctic or subarctic waters, strayed into the Seine river last week and swam nearly halfway to Paris. It is now being confined in a ship’s lock and has received vitamins and antibiotics over the weekend.

“It seems possible to consider transporting the animal to the sea. Earlier we had ruled this out, as it seemed too fragile to support this, but now veterinarians and wildlife groups are advising us that it may be in the beluga’s interest to try this,” L’Eure region official Isabelle Dorliat-Pouzet said. 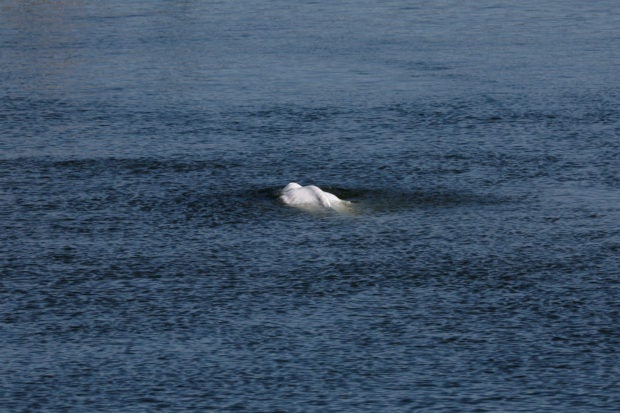 She added that an alternative would be to keep it in a saltwater tank for a while to further help it regain its health.

“Our goal is to protect this animal so we need to study how to do this and avoid mistakes. It will be difficult, but our target is that it can reach the sea,” she added.

Drone footage showed the white whale coming up for air as it turned slow circles in the lock just below the water’s surface.

“Common sense would dictate that they let the animal go, but it seems to be getting weaker and weaker,” nearby resident Marie-France Vigreux, 75, said.

It was unclear why the whale had strayed so far from its natural habitat.

In late May, a gravely ill orca swam dozens of miles up the Seine and died of natural causes after attempts to guide it back to sea failed.

In September 2018, a beluga whale was spotted in the River Thames near Gravesend for a few days, in what was then the most southerly sighting of a beluga on British shores.

France to give vitamins to beluga stranded in the Seine