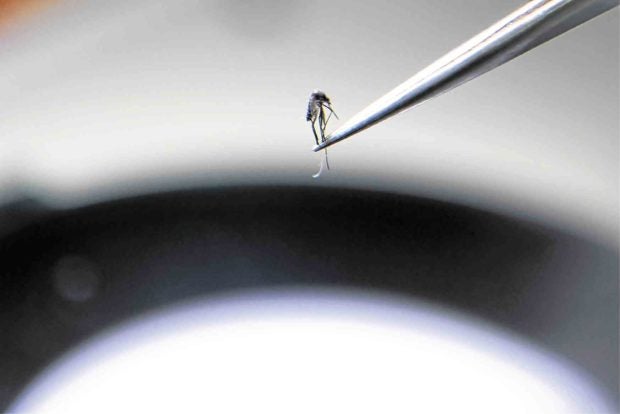 TINY BUT DEADLY A tweezer holds a mosquito at the Pasteur Institute in the southern Vietnamese city of Nha Trang where research is underway to find a natural method to stop the tiny but deadly insect from spreading the virus, which has caused a surge in dengue cases in Southeast Asia. AFP (File photo)

MANILA, Philippines —  Dengue cases in the country continue to increase, with the Department of Health (DOH) reporting Monday that 92,343 people contracted the illness as of July 23.

The DOH said the latest figure reflects a 118 percent growth from the 42,294 cases logged during the same period last year.

Further, the DOH said nine regions have likewise exceeded the endemic threshold for dengue during the last four weeks. The health agency did not specify all nine regions but noted that Mimaropa and Metro Manila presented a sustained increasing trend.