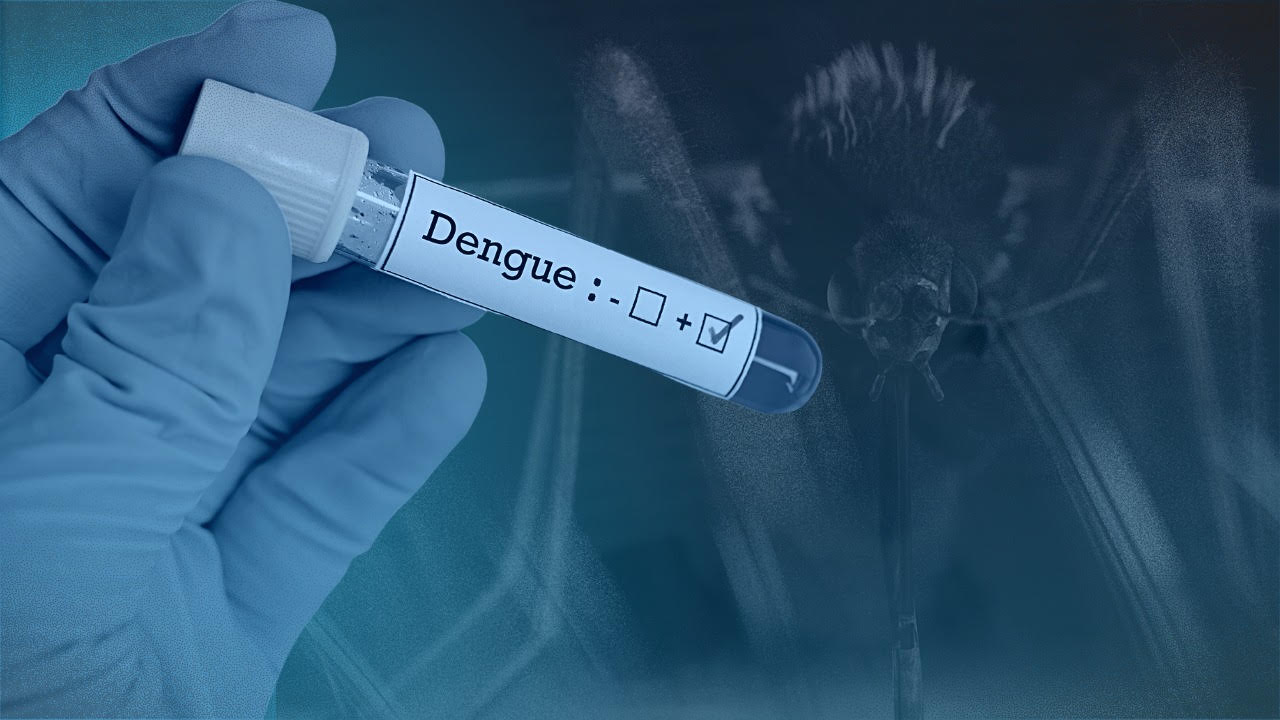 MANILA, Philippines—When the start of the rainy season was officially declared last May 18, it was followed shortly by a warning from the Department of Health (DOH) against a rise in many diseases, including dengue.

“[We are] well-prepared to respond to any health care aid any Juan or Juana may need,” she said last week as the Philippines was set to commemorate National Dengue Awareness Month.

It was on April 21, 1998 when then President Fidel Ramos signed Proclamation No. 1204 which declared June of every year as a month of “collaboration” to prevent and control dengue. 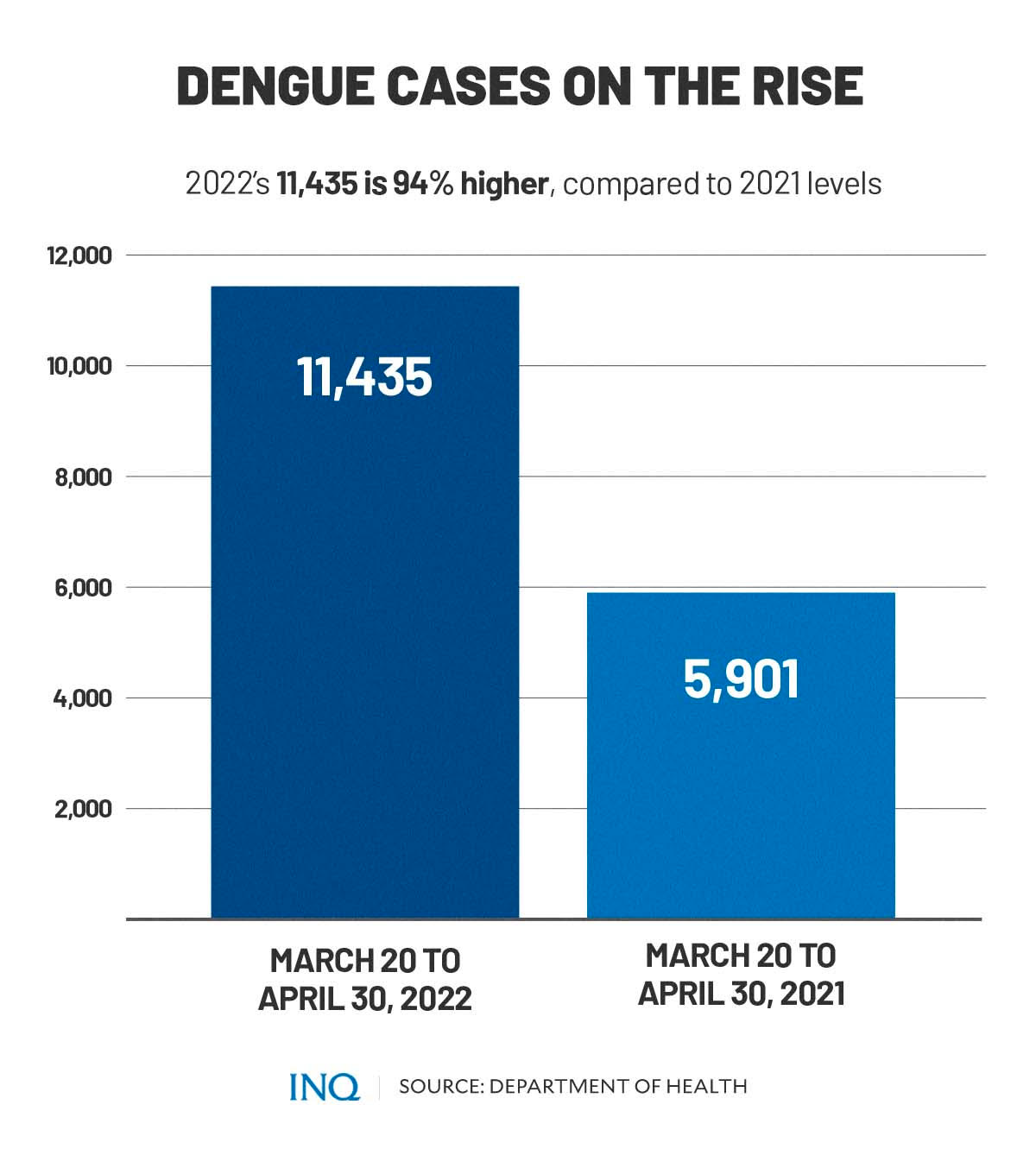 The DOH, however, also cited data from January to May 2022 which it said showed a slight decline in dengue cases. It said numbers were 6 percent lower during that period compared to 2021’s. In the first five months of 2022, the DOH said, dengue cases reached 25,268 compared to 27,010 for the same period in 2021.

Last May 20, the DOH alerted all its regional directors against a possible rise in dengue cases as some regions are seeing a surge in the mosquito-borne disease.

Dr. Ronald Jarvik Buscato, Central Visayas’ regional dengue program coordinator, said that while numbers have not yet reached outbreak or epidemic levels, “it is already a cause of concern.” 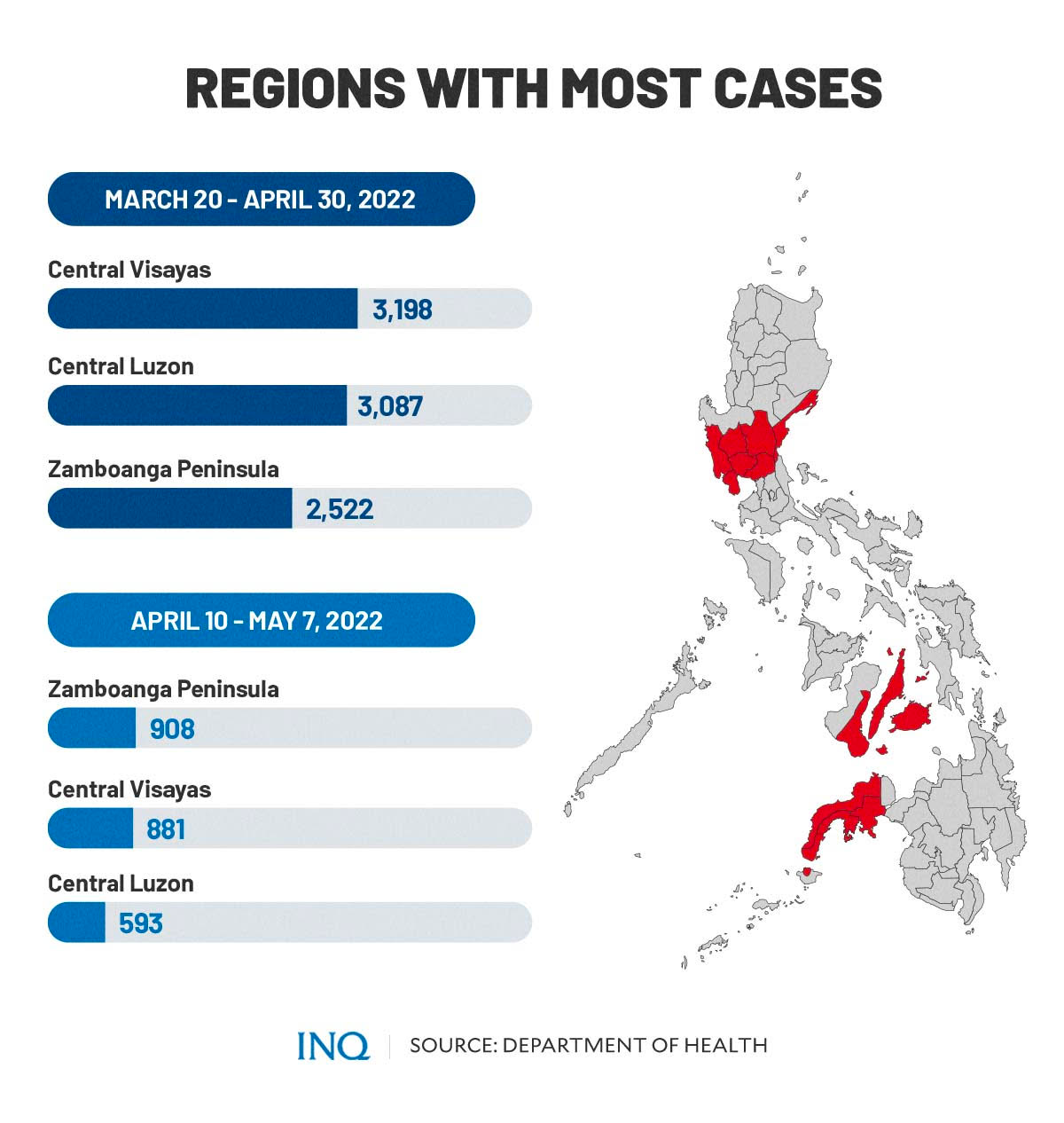 From Jan. 1 to May 28, he said 4,263 cases and 38 deaths were recorded in the region, especially in Minglanilla and the cities of Cebu, Mandaue, Lapu-Lapu, Talisay.

The DOH said cases in Western Visayas likewise rose by 149 percent as the 297 new dengue cases that were reported last Tuesday (June 7) brought the total to 2,065. Most of the cases were reported from Negros Occidental (800).

A 900 percent increase was likewise seen in Cagayan Valley, with patients who are mostly 11 to 20 years old.

READ: What is dengue, and why is it so widespread this year?

It said dengue also “disproportionately” affected children and young people with a staggering 73 percent of recorded cases below the age of 19.

Dengue, which is transmitted through the bite of dengue-infected Aedes aegypti and Aedes albopictus mosquitoes, is a viral disease that has rapidly spread in all regions of the World Health Organization in recent years.

The DOH said that the Aedes aegypti and Aedes albopictus mosquitoes are also carriers of chikungunya, yellow fever and zika viruses.

“One of the five serotypes of the dengue virus causes dengue fever and it is possible to get dengue fever multiple times,” it said.

Dengue, which has a five-year average case rate of 185,008 and death rate of 732, has no treatment, although the disease can be managed early.

A person has dengue with warning signs if he or she has acute febrile illness of one to seven days and any of these: abdominal pain or tenderness, persistent vomiting, clinical signs of fluid accumulation, mucosal bleeding, lethargy or restlessness, liver enlargement, increase in haematocrit and/or decreasing platelet count. 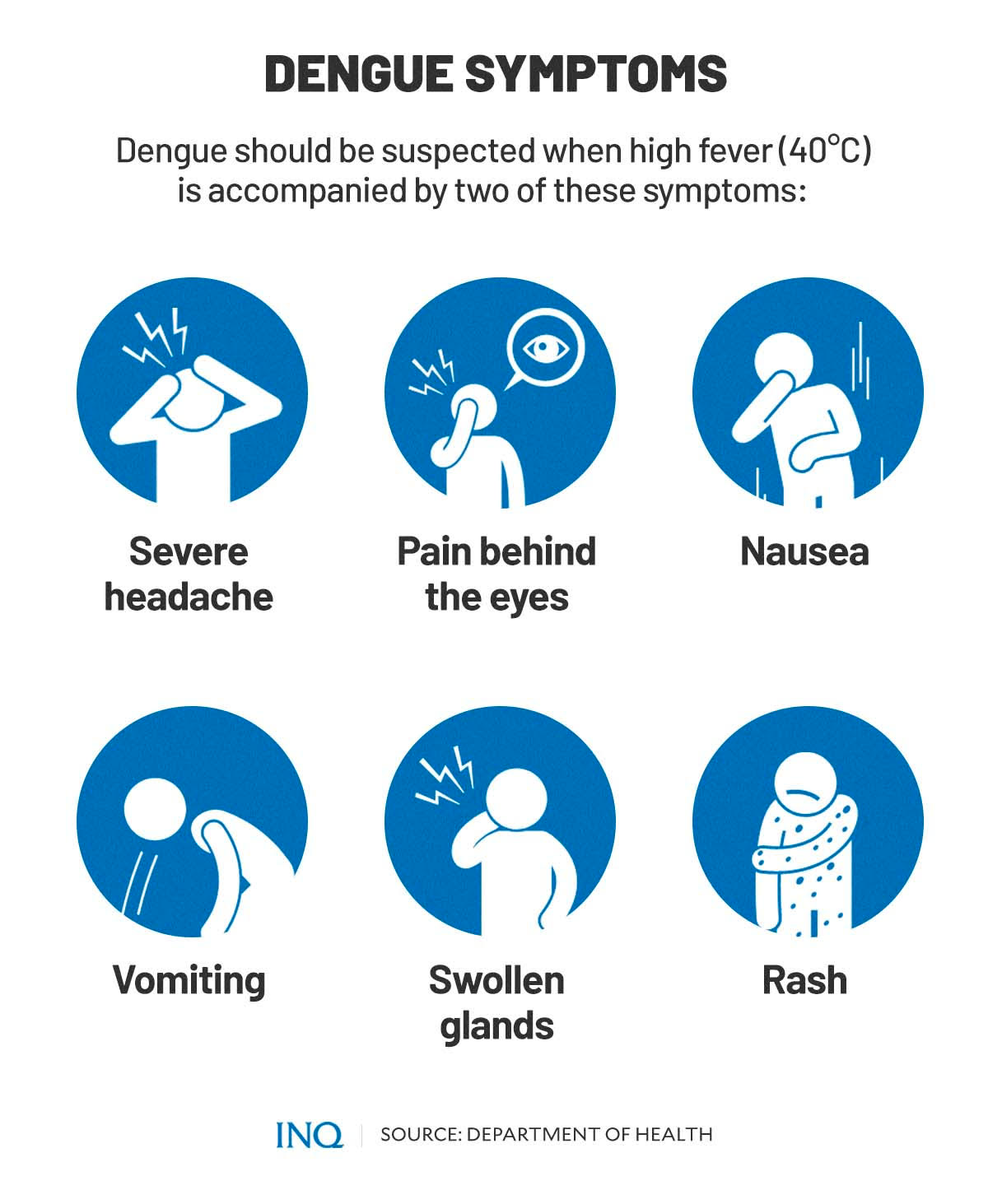 The DOH said dengue without warning signs can be classified based on signs, symptoms and results of the laboratory tests—suspect, probable and confirmed.

Dengue should be suspected when high fever (40°C) is accompanied by two of these symptoms: 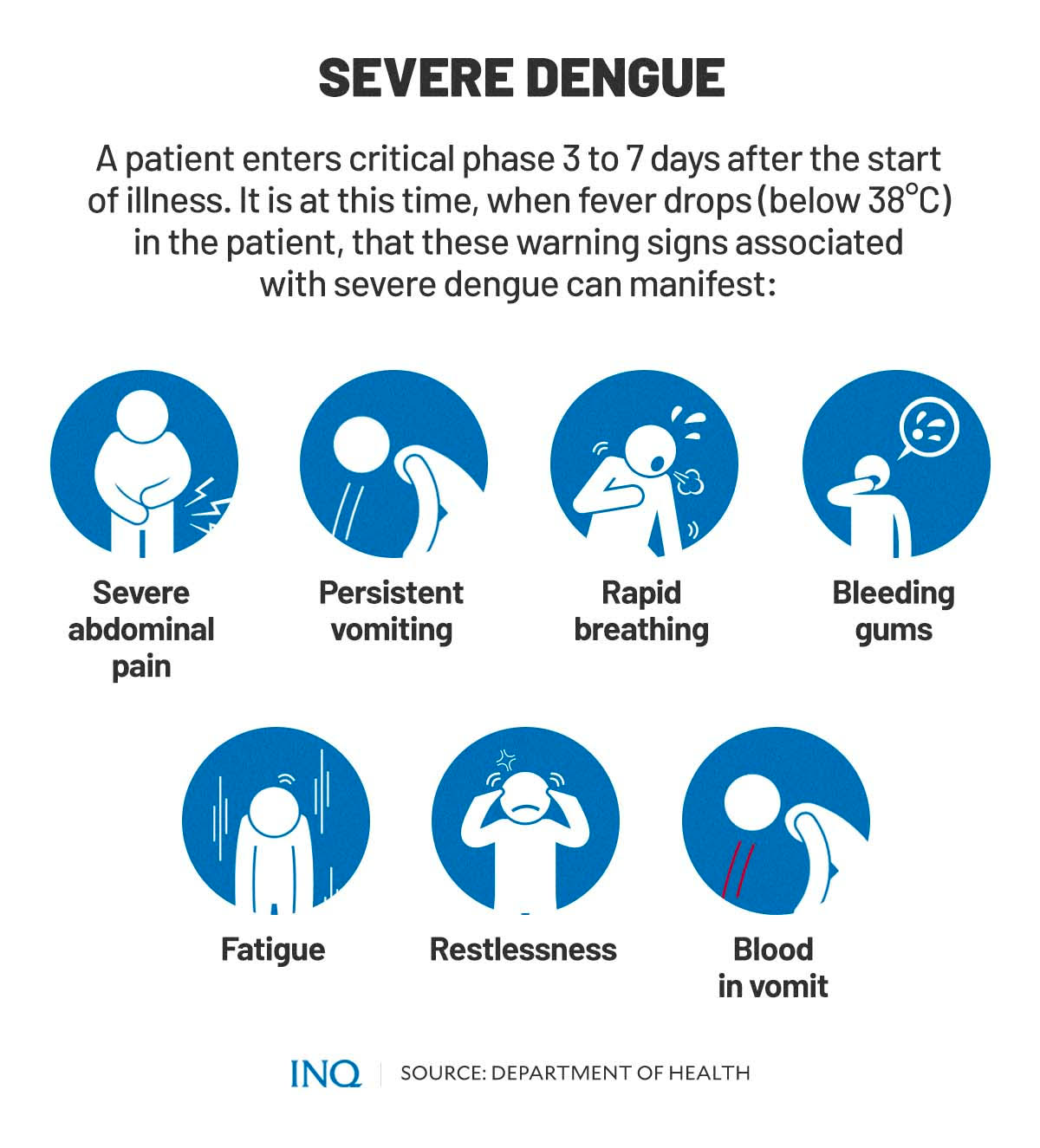 A patient enters the critical phase three to seven days after the start of illness. It is at this time, when the fever drops (below 38°C) in the patient, that these warning signs associated with severe dengue can manifest:

The Enhanced 4-S, Health Secretary Francisco Duque III said, is a campaign calling on everyone to become prime movers in controlling mosquito population and preventing any possible dengue deaths within the community.

For Sen. Bong Go, chairperson of the Senate committee on health in the 18th Congress, local government units should be prepared to prevent and control possible dengue outbreaks.

“Having a clean surrounding makes a huge impact in preventing diseases. That’s why we are appealing to communities to keep their surroundings clean, especially if there is stagnant water where mosquitoes may use for breeding,” he said.

Mosquitoes carrying dengue virus can lay eggs in any space or container that holds clear and stagnant water like a bottle cap, dish dryer, plant axil, gutter, trash can, old rubber tire, etc. They usually bite between two hours after sunrise and two hours before sunset and can be found inside and outside the house.

RELATED STORY: Dengue fever: Upstaged but not outmatched by COVID-19