China envoy: US bullying to blame for tension | Inquirer News

China envoy: US bullying to blame for tension 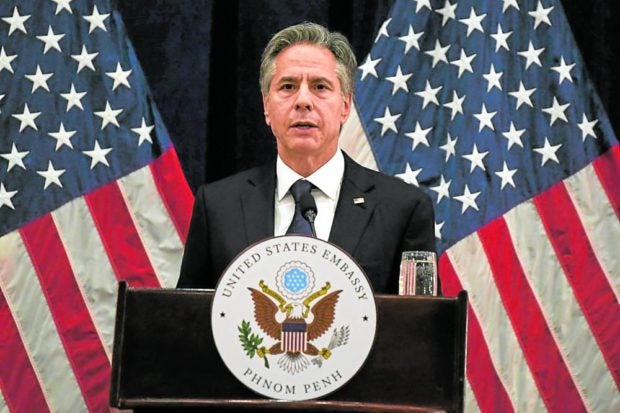 MANILA, Philippines — Chinese Ambassador to the Philippines Huang Xilian has denounced the comments made by US Secretary of State Antony Blinken on the countermeasures taken by China over the recent visit of US Speaker Nancy Pelosi to Taiwan.

“Such remarks are in total [defiance] of the facts, attempting to confuse right with wrong and shift the blame on China, which again underscores the US’ bullying, highhandedness, and hegemony,” Huang said in a statement posted by the Chinese Embassy in Manila around midnight on Saturday.

“In view of his misinformation and smear words, it is necessary to get the facts out and set the record straight,” he added.

Enraged by Pelosi’s visit to Taiwan, China broke off communication with the United States on Friday on key topics such as climate change, defense, narcotics, and transnational crime.

It also deployed fighter jets, warships, and ballistic missiles around Taiwan in what analysts have described as a rehearsal for a blockade and ultimate invasion of the island.

Those exercises were set to end on Sunday, although Beijing has announced fresh drills in the Yellow Sea—located between China and the Korean Peninsula—to take place until Aug. 15. (See related story in World, Page B4.)Blinken arrived in the Philippines on Friday night and met with President Marcos and Foreign Secretary Enrique Manalo on Saturday.

At his online press conference with Manalo, Blinken defended Pelosi’s trip to Taiwan and called it a “peaceful visit,” noting that there has been a “long, long history” of US lawmakers visiting Taiwan, but these did not provoke intense reaction from Beijing in such scale.

He pointed out the “total disproportion between a peaceful visit” and “escalatory military maneuvers” by China that has threatened security in the region.

“[S]o the total disproportion between a peaceful visit on the one hand and escalatory military maneuvers on the other I think is very clear, and very clear to countries throughout the region. And certainly that’s what I’ve been hearing as I’ve been here for the last few days,” he said.

He added that it’s “also important to note [to China not to use Pelosi’s visit] as a pretext to do what you’ve just done, because this is not something that’s happened overnight or in a vacuum. What we’ve seen over the last few years is China engaging in increasingly destabilizing and potentially dangerous actions with regard to Taiwan, and this follows from that.” 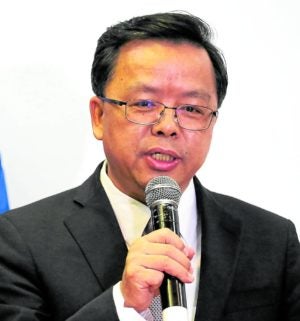 “I think that’s the expectation that countries around the region and around the world have. They certainly expect us, the United States and China, to manage our differences responsibly. That’s what we’re determined to do,” Blinken said.

However, Huang said Pelosi’s visit to Taiwan “seriously violates the one-China principle, maliciously infringes on China’s sovereignty, gravely undermines peace and stability across the Taiwan Strait, and sends a seriously wrong signal to the separatist forces for ‘Taiwan independence.’”

“The Chinese government has every right to do whatever necessary and justified to resolutely uphold our sovereignty and territorial integrity. China has acted in legitimate self-defense only after the US made this egregious provocation,” he said.

Huang said China had repeatedly warned the United States through various channels of the “grave nature and severe harm of this visit and made it clear that all consequences arising therefrom should be borne by the US side.”

“Facts are clear that it is the US that has been acting irresponsibly all along which led to the escalation of tension. The US should take full responsibility,” he said.

The ambassador also accused the United States of destabilizing peace and security in the Asia-Pacific region, sending vessels and aircraft from half a globe away to flex its muscles and create tension in the South China Sea and the Taiwan Strait.

“What the US must do first is to fulfill its commitment on the Taiwan question [by] respecting China’s sovereignty and territorial integrity, [and it must] stop interfering in China’s internal affairs and stop conniving at and supporting ‘Taiwan independence’ seperatist forces,” Huang said.

—WITH A REPORT FROM AGENCE FRANCE-PRESSE