Pelosi says US will not abandon Taiwan; Tsai thanks her for support, says island will not back down | Inquirer News 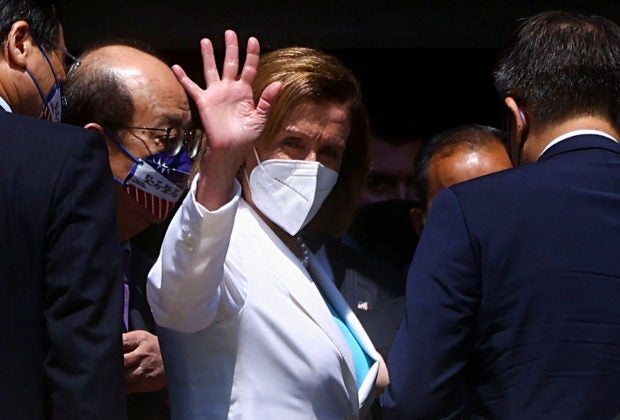 TAIPEI — U.S. House of Representatives Speaker Nancy Pelosi told Taiwan’s President Tsai Ing-wen on Wednesday that her visit to the island makes it unequivocally clear that the United States will not abandon Taiwan.

Now more than ever, America’s solidarity with Taiwan is crucial, Pelosi told Tsai, adding that America’s determination to preserve democracy in Taiwan and the rest of the world remains iron-clad.

The pair met in Taipei on Wednesday as part of Pelosi’s visit to the island which has drawn fierce criticism from China, and has prompted Beijing to announce a raft of military exercises and summon the U.S. ambassador.

Tsai also told Pelosi on Wednesday that she is one of Taiwan’s most devoted friends and thanked her for her unwavering support on the international stage.

Tsai added that Taiwan is a reliable partner of the United States and will continue to work with the U.S. to strengthen collaboration in security, economic development and supply chains.