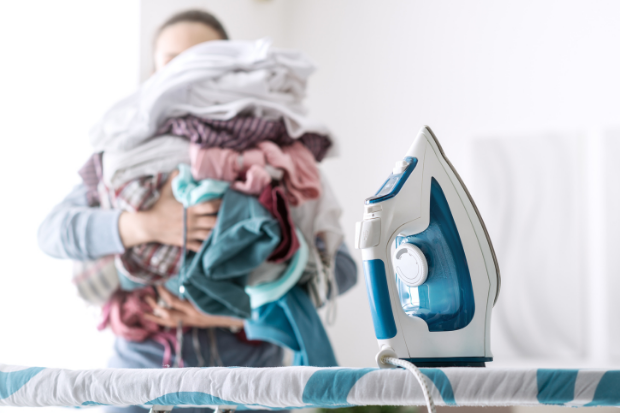 MANILA, Philippines — In recognition of their household work which is often uncompensated, a P2,000 cash subsidy for stay-at-home mothers in households that are below the poverty threshold has been proposed at the House of Representatives.

House Bill No. 668 filed by Albay 2nd District Rep. Joey Salceda states that housewives who do not have part-time or home-based work will be covered by the proposal.

Under the said bill also, copies of which were released Tuesday, civil status would not be a factor in choosing beneficiaries as stay-at-home mothers would refer to mothers doing full-time household duties.

“This Act shall apply to all housewives whose family’s economic status falls below the poverty threshold, who work as full-time housewives, and do not have part-time nor home-based work that is compensated,” Salceda said in his bill entitled Housewives Compensation Act.

“‘Stay-at-home mothers refers to women who, regardless of civil status, perform the work at home of a full-time mother, and do not have part-time nor home-based work that is compensated or any income generating activity,” he added.

READ: Of mothers, work and family

If enacted, the financial assistance would be subject to a review every three years, in consultation with the Department of Social Welfare and Development (DSWD).  Salceda also said that the DSWD’s National Household Targeting System for Poverty Reduction (NHTS-PR) would be used to identify which households are qualified for the program.

The bill also set other conditions for a stay-at-home mother to be qualified for the assistance:

The DSWD will also be the main implementing agency should the bill be approved by Congress and signed by the President.

According to Salceda, stay-at-home mothers play a crucial role in society as they do essential tasks that keep the family running — and thereby helping the country as well.

“Sadly, these works are not considered productive. Our society considers stay-at-home mothers to be ‘doing nothing’ because they do not go out to work at a paid job like the husbands. Every work of a housewife can be considered ‘social reproductive work’, but most could not see this,” he said in the bill’s explanatory note.

Salceda warned that if stay-at-home mothers will stop doing what they have been working on for their family, the country would be greatly affected.

“What if these stay-at-home mothers or housewives take out their services as child caretakers, as homemakers, cooks, and sometimes even as care providers for the elderly and the sick in the family, would not husbands be less productive at work, would not children be underperforming in school or worse, may even be juvenile delinquents and pose a threat to society?” he asked.

“Clearly, the country’s production processes will grind to a halt,” he added.