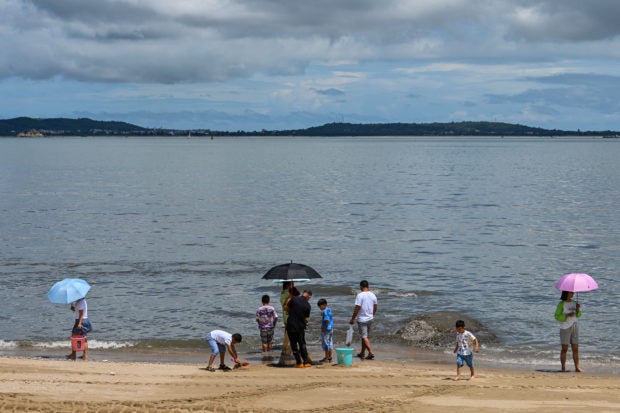 People gather at the beach in Xiamen, across Taiwan’s Kinmen Islands on August 3, 2022. AFP

XIAMEN — On a beach in the Chinese coastal city of Xiamen, just a few kilometers from an island controlled by the Taiwanese authorities, life is carefree despite some of the worst cross-strait tensions in decades.

Ignoring stark warnings from Beijing, US House Speaker Nancy Pelosi arrived late Tuesday in Taiwan — the highest-ranking elected US official to visit the island in 25 years — sparking a diplomatic firestorm.

China on Thursday launched some of its largest-ever military drills in response — exercises set to disrupt one of the world’s busiest shipping lanes.

But on Xiamen’s palm-fringed beach, on the west side of the 200-kilometer-wide strait that separates Taiwan from mainland China, there is little concern.

“A war? No, I don’t care,” a young IT worker surnamed Hwang tells AFP as he takes a lunchtime stroll.

“As residents of Fujian, we’re used to tensions in the Taiwan Strait. We’ve lived with them for decades,” he adds, referencing the frequent flare-ups between the two rivals since the 1950s.

China’s eastern Fujian province lies just across the sea from Taiwan, and the two share cultural ties as well as a common Chinese dialect.

“Something could happen at any moment. But the probability is low, so we aren’t worried,” says Hwang.

“But Pelosi’s visit breaks the balance that there was.”

Unfazed by the news, young newlyweds smile for photos, people walk their dogs, and children play in the sand. 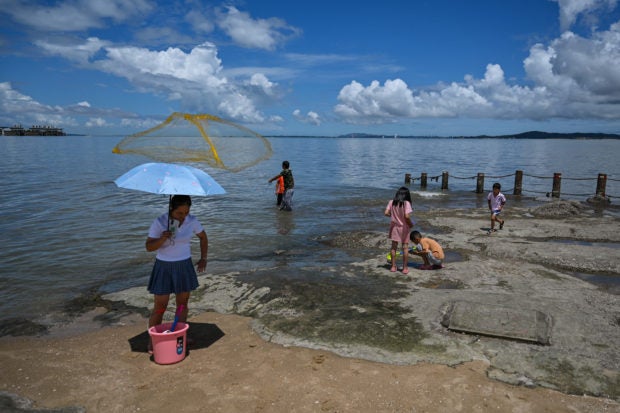 People gather at the beach in Xiamen, across Taiwan’s Kinmen Islands on August 3, 2022. AFP

“I think and I hope there won’t be a war,” Zheng Dahai, a 30-year-old who brought his son to set up a tent on the beach and have a bite to eat, tells AFP.

“A conflict would have repercussions on us, our lives, there might even be injuries,” he says.

Behind him, six kilometres offshore, is the island of Kinmen, home to just over 100,000 people.

In a twist of history, Chinese communist forces have never managed to conquer the island, meaning it remains under Taiwan’s control.

This makes this beach one of the few places where the military forces of the mainland and the island face each other at such a short distance.

If a war were to break out, this would be ground zero.

“We don’t want war. We want to live in peace and mutual respect,” says a retiree who comes here to swim every day, including in winter.

“On the other hand, if you don’t respect me, if you come to bully me, then that’s another story. If the other is strong or not, even me, an old man, I will fight!”

Further away, two tourists take a selfie in front of a monument emblematic of Xiamen’s unique location: eight Chinese characters, several metres high, that form a patriotic slogan addressed to the Taiwanese authorities on the other side.

“One country, two systems: reunify China,” says the slogan, referencing the political compromise that saw Hong Kong and Macau returned to the mainland’s rule in the 1990s.

“Taiwan is an inseparable part of China,” Hu, a 40-year-old in a yellow tank top who came to run on the seafront, tells AFP.

“Sooner or later, it will return” to the motherland, he declares calmly before continuing his stretches.