Marijuana and snakes: the maverick shaking up Kenya’s election 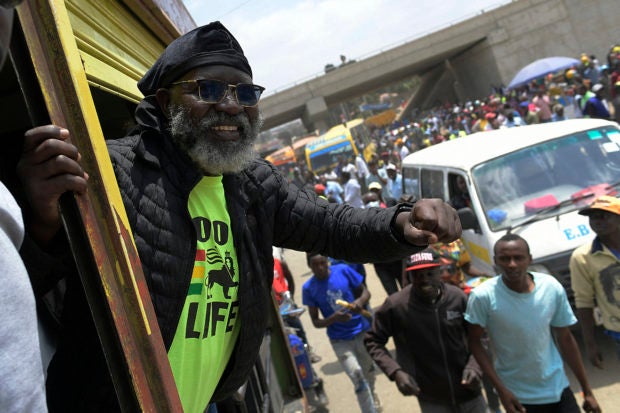 Roots party Presidential candidate George Wajackoyah, gestures to his supporters during a campaign rally in Ruai, Nairobi on July 27, 2022, ahead of Kenya’s August 2022 general election. AFP

NAIROBI — Once a street child in Nairobi and a grave digger in Britain, George Luchiri Wajackoyah barged onto the political scene with a “bhang”: vowing to legalize marijuana, breed snakes and sell hyena testicles to China to offset Kenya’s mammoth debt.

Impulsive, immoderate, politically untested and at best comical, the 63-year-old does not fit the usual profile of a candidate for Kenya’s top job — he is often on the campaign trail in a tracksuit and bare feet.

But the eccentric lawyer, who sports a grey beard and trademark durag (bandana), has shaken up the election race, becoming the unpredictable populist who may force Kenya’s first presidential run-off.

When his rusty campaign truck pulls up on a dusty roadside on the outskirts of Nairobi, a handful of young people gather, drawn by the reggae music blaring from speakers.

Wajackoyah smiles and fist-bumps his supporters while chanting “bhang, bhang”, a reference to his pledge to legalize cannabis to ease Kenya’s $70-billion debt burden.

Often gesturing with his fingers as if he is smoking, he promises to take his first puff when he wins the August 9 election.

“I’ll be everybody’s president,” he says. “I’d like the people to do one thing: elect the person and not the party.” 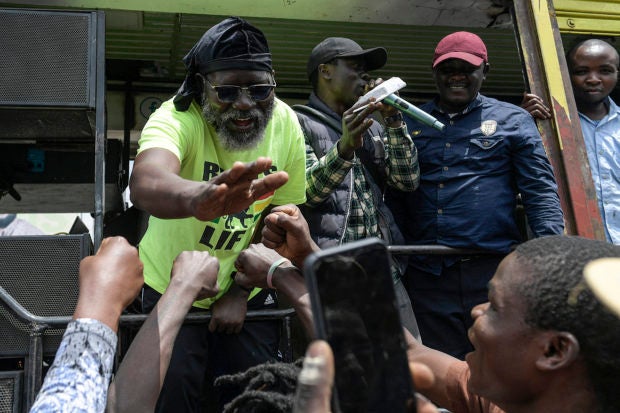 The jewelry-loving lawyer says he was pulled off the rubbish pits of Nairobi by world-renowned Kenyan conservationist and fossil hunter Richard Leakey and worshippers at a Hare Krishna temple.

After high school in 1980, he enrolled in the police, rising through the ranks and then becoming a top spy during the autocratic regime of late president Daniel arap Moi.

It was his investigation of the 1990 assassination of foreign minister Robert Ouko — one of Kenya’s most high-profile murders — that led to his arrest and torture, before he was forced into exile in Britain.

There, he did menial jobs including digging graves to fund his education before returning to Kenya in 2010.

Wajackoyah claims he has 17 degrees, mostly in migration and refugee law, although this could not be verified.

Running on the Rastafarian-inspired Roots Party ticket, Wajackoyah has made legalising marijuana for recreational and medical use the cornerstone of his 10-point campaign agenda.

Marijuana is illegal in Kenya, but Wajackoyah says it has the potential to unlock billions of dollars, earning up to $76 billion annually.

The AFP digital investigations team has found this claim to be misleading.

His manifesto also calls for Kenya to export hyena testicles, reputedly valued in Chinese medicine, and to sell dog and snake meat and venom — proposals that have irked wildlife campaigners.

“We will rear snakes. Each venomous snake farmer will earn an average of $6,000 per vial of anti-venom,” he declared.

He also wants to hang the corrupt — a hot button issue that infects almost every level of society — and reduce the working week to four days.

“Anyone caught or found guilty of stealing public money will be hanged in public,” he said. 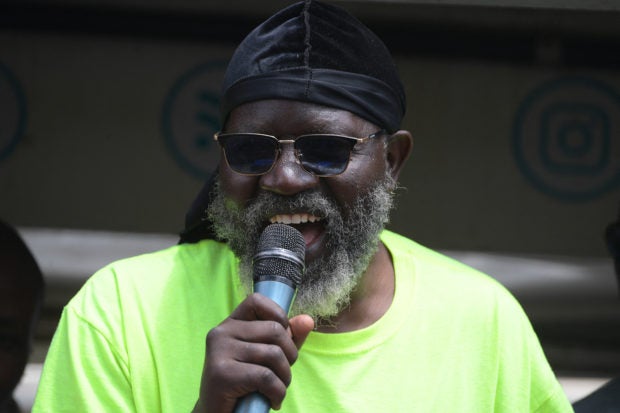 Roots party Presidential candidate George Wajackoyah, gestures to his supporters during a campaign rally in Ruai, Nairobi on July 27, 2022, ahead of Kenya’s August 2022 general election. AFP

Wajackoyah has even spawned at least one lookalike and a host of copycat social media accounts.

Observers say although winning the presidency is a very long shot, Wajackoyah — who is married to an American citizen and has three children — could muster enough votes to trigger a second round between front-runners Raila Odinga and William Ruto.

“Wajackoyah is likely to frisk away a big chunk of the ‘deluded’ votes,” academic Michael Ndonye wrote in The Standard newspaper.

“He is likely to take away a significant portion of voters who identify with his attention-grabbing queer politicking.”

Wajackoyah’s campaign has “captured the imagination of angry, disaffected youth in both urban and rural Kenya, cutting across all the regular ethnic, regional and party lines,” wrote Daily Nation columnist Macharia Gaitho.

But speculation is rife that Wajackoyah is a political stooge.

In June, while campaigning in Odinga’s lakeside stronghold of Kisumu, Wajackoyah told supporters if they don’t vote for him, they should consider the veteran opposition politician, who is now backed by the ruling party.

And just days before the election, he led a crowd in cheering for Odinga, saying: “I am here to join the pack of liberators and the person I look at is none other than Raila Odinga.”

‘No room’ for gays in Kenya, says deputy president