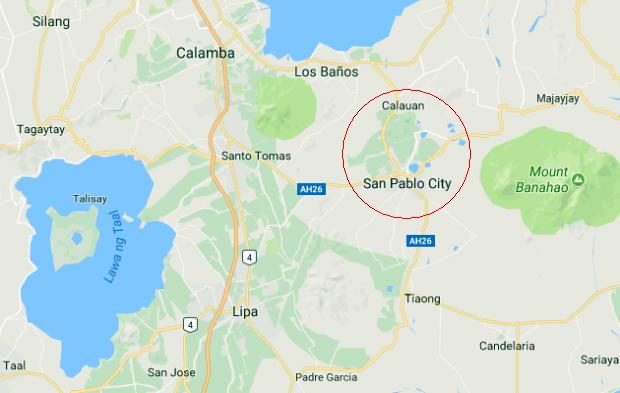 San Pablo City in Laguna province where a tricycle driver died from a road mishap on August 3. (Image from Google Maps)

The Region 4-A police reported Thursday that Oriel Jumawan, while driving his tricycle, stopped at 11:17 p.m. at the intersection of the Maharlika Highway in Barangay San Ignacio to turn left but was hit from behind by an Isuzu Forward Wingvan driven by Castor Mendanor Jr.

The collision pushed the tricycle to the opposite lane, where an oncoming truck driven by Jeffrey Rosaupan bumped him.

Jumawan suffered severe head injuries and died while being taken to a hospital nearby.

The drivers of the two other vehicles were placed under custody of the police while investigation continued.