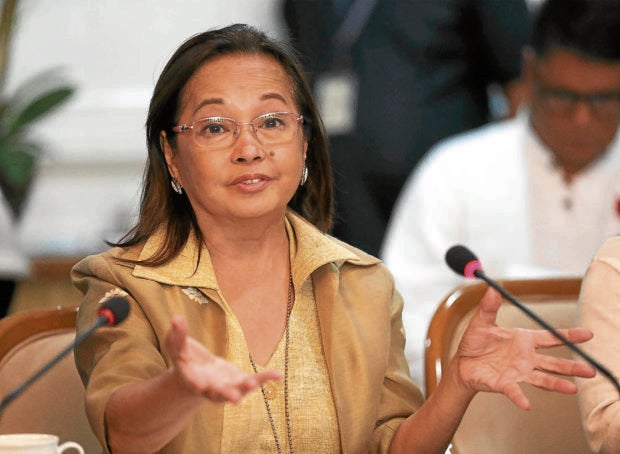 MANILA, Philippines — A bill filed by Senior Deputy Speaker and Pampanga Rep. Gloria Macapagal-Arroyo that seeks to reform political parties would restrict and penalize political turncoatism — or the practice of switching party lines after elections — if it is enacted.

Section 13 of Arroyo’s House Bill No. 488 or the Political Party Development Act of 2022 states that politicians who change their political party affiliation one year before and one year after any national elections would have forfeited the elective office they are running for or the post they have been elected for.

The following penalties were placed under the said bill, which was filed last June 30:

Section 14 of the bill states that: “Any citizen eligible to vote can file a petition before the Commission on Elections (Comelec) for the disqualification of any candidate if he or she has committed turncoatism.”

The practice of turncoatism after elections has been prevalent in the Philippine political setting.  It happened during the victory of the late former president Benigno Aquino III in 2010, when a lot of officials jumped to his Liberal Party (LP).

After former president Rodrigo Duterte won in 2016, a lot of the LP members moved to PDP-Laban, which was the political party of the winning president. Currently, several officials within the House of Representatives also transferred from other parties to Lakas-CMD, the party headed by Arroyo and Speaker Ferdinand Martin Romualdez.

However, this is not the first time that a bill developing the country’s political party was filed in Congress.  In the 17th Congress, a similar measure penalizing turncoatism and also increasing the allowable expenditure per candidate to P20 was filed.

Former Senate minority floor leader Franklin Drilon also filed a bill containing provisions against turncoatism at the start of the 18th Congress, but both versions were not enacted.

The late Senator Miriam Defensor-Santiago also filed a similar measure in 2011 during the 15th Congress, citing in her explanatory note that the removal of the prohibition on turncoatism in the 1986 Constitution resulted in it being “very rampant” that “(blurred) the Philippine political party system.”

But aside from tackling the issue of turncoatism, Arroyo’s proposal also tackles the increase of the amount a candidate or party can spend for each voter to P20, subject to review every three years based on the consumer price index.

The bill covers the accreditation of political parties nationwide, including the establishment of a State Subsidy Fund that would help augment accredited parties’ operating funds.

To be accredited to receive part of the fund, the bill says that the following conditions must be met by the political party:

The State Subsidy Fund, however, can only be used for programs like operating expenses such as hiring staffers and setting up of headquarters; traveling expenses of an accredited party’s candidates in the course of campaigns; information dissemination about the party’s goals; production of campaign and propaganda materials; and other expenses under Section 102 of the Omnibus Election Code.

The Commission on Audit will be assigned to check the financial transactions involving the said State Subsidy Fund.