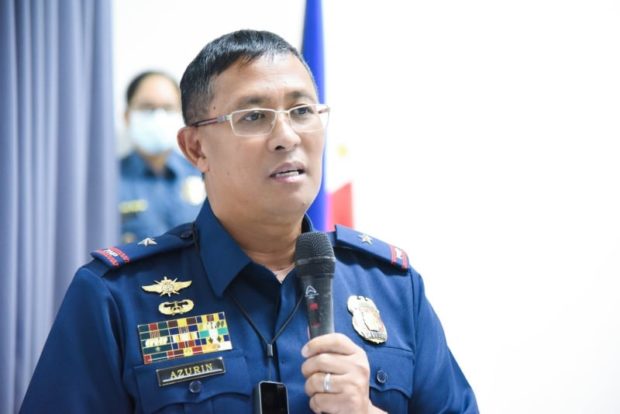 MANILA, Philippines — The Philippine National Police (PNP) will seek the help of Church leaders to boost the credibility of the police in the eyes of the public.

The newly installed PNP chief, Police Lt. Gen. Rodolfo Azurin Jr., said this during a press briefing on Wednesday, where he also pointed out a problem in the reputation of police in Metro Manila.

(Let’s admit, the credibility of police in Metro Manila is very low. If the police tells you they want to change, no one will believe it.)

Azurin then noted that Church leaders can help the PNP echo their programs to regain the public’s trust in the police.

Azurin stressed that the PNP should also go beyond its “internal cleansing program” by launching information drives and engaging with other sectors as well.

He cited a program employed by one of his predecessors, former PNP chief Guillermo Eleazar, which observes the broken windows theory, stating that small problems must be solved promptly before they get worse.

(Regardless of whether it’s a rumor, we need to know which police officers are prone to misconduct. Let’s go back to the program of PNP chief Eleazar, based on the broken windows theory. We should immediately address even the smallest problems with our personnel by getting feedback from our communities.)

Azurin said he had instructed all commanders to exercise their disciplinary authority over police officers to augment further the plan to boost the PNP’s credibility.

“[Kung] hindi mo madisiplina, you cannot impose discipline upon them, I think we have to relieve the entire station and replace them,” he said.

(If they cannot impose discipline upon their police officers, I think we have to relieve the entire station and replace them.)

Azurin, who previously served as the Northern Luzon Police Area commander, was designated by President Ferdinand Marcos Jr. to take the helm at the PNP.