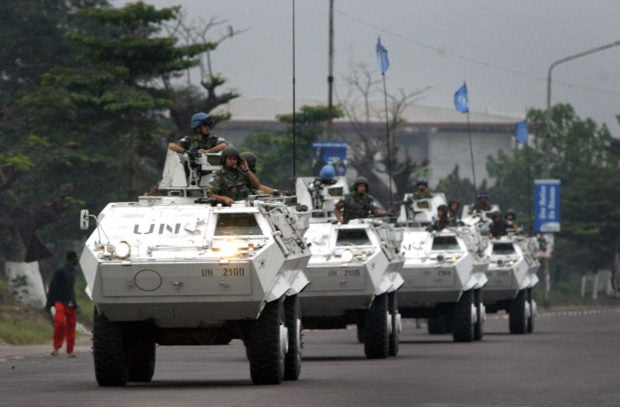 KINSHASA (Reuters) – Democratic Republic of Congo has asked the spokesman of the U.N. peacekeeping mission, MONUSCO, to leave the country, blaming him for stoking tensions that led to deadly protests last week.

Civilians accuse the mission, which has been active for more than a decade, of failing to protect them from militia violence that has long plagued the region.

The government said that the spokesman, Mathias Gillmann, had made “indelicate and inappropriate” statements which contributed to the tensions between the population and MONUSCO.

“The Congolese government considers that the presence of this official on the national territory is not likely to promote a climate of mutual trust and calm between Congolese institutions and MONUSCO,” said the statement from the foreign affairs ministry dated July 28 and seen by Reuters on Wednesday.

Gillmann and MONUSCO’s deputy spokesperson did not immediately respond to requests for comment.

The Congolese government also said this week that it would reassess the mission’s withdrawal plan in light of the protests, a decision which MONUSCO said it supported.

The mission is due to withdraw by 2024 according to a plan drawn up last year, but the government aims to speed up its departure, said foreign affairs minister Christophe Lutundula.