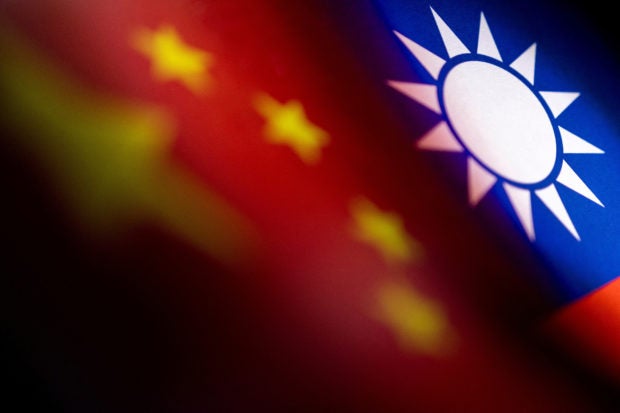 TAIPEI — As tensions between the US and China soar over a visit by US House Speaker Nancy Pelosi to Taiwan, AFP looks back at relations between the self-governing island and its superpower neighbor.

The KMT flee to the island of Taiwan and form their own government in Taipei in December, cutting off contacts with mainland China.

In 1950, Taiwan becomes an ally of the United States, which is at war with communist China in Korea. The US deploys a fleet in the Taiwan Strait to protect its ally from possible attack.

In October 1971, Beijing takes over China’s seat at the United Nations, previously held by Taipei.

In 1979, the United States cuts formal ties with Taiwan and establishes diplomatic relations with Beijing instead.

Washington expresses support for the “One China” policy, which states that Taiwan is part of China, but maintains trade and military ties with Taipei.

In late 1987, Taiwan residents are for the first time permitted to visit mainland China, allowing families to reunite.

In 1991, Taiwan lifts emergency rule, unilaterally ending a state of war with China. The first direct talks between the two sides are held in Singapore two years later.

But in 1995, Beijing suspends talks in protest at a visit by Taiwanese president Lee Teng-hui to the United States.

In 1996, China tests missiles off Taiwan to deter voters in the island’s first democratic presidential election.

In 2000 elections, the KMT loses power in Taiwan for the first time. Over the next few years trade links between the two sides improve.

In March 2005, Beijing adopts a law authorizing the use of force if Taiwan declares independence. In April, KMT chairman Lien Chan makes a landmark visit to Beijing for talks with Chinese leader Hu Jintao.

In 2008, Taiwan and China resume high-level talks after the KMT’s Ma Ying-jeou is elected president on a Beijing-friendly platform.

In 2010, they sign a sweeping Economic Cooperation Framework Agreement and in 2014 hold the first government-to-government talks since separation.

In June, China suspends all communications with Taiwan after the new government fails to acknowledge the “One China” policy.

In December 2016, US president-elect Donald Trump breaks with decades of US diplomatic policy by speaking directly, by telephone, with Tsai.

In January 2019, Xi Jinping warns that the unification of China and Taiwan is “inevitable”.

In October, US President Joe Biden says the United States will defend Taiwan if China attacks it, in comments later partly walked back by the White House.

Tsai confirms that a small number of US troops are present in Taiwan to help train its forces.

On May 23, Biden urges the West to stand firm against Russia over Ukraine to deter China from trying to take Taiwan by force, and repeats that the US will defend Taiwan in the event of an invasion.

On August 2, House Speaker Pelosi defies days of Chinese warnings and lands in Taiwan during an Asian tour.

The highest-profile elected US official to visit Taiwan in 25 years, Pelosi says her visit demonstrates Washington’s strong commitment to the island.

China slams the United States’ actions in Taiwan as “extremely dangerous” and vows to launch “targeted military actions” in response to the visit.

Read Next
Raffy Tulfo vows to go after those behind brownouts in provinces
EDITORS' PICK
TNT brings Sarah G and Mimiyuuuh together for epic collab
A Business Case to Triple the Tertiary Education Subsidy (TES) Fund
Bongbong Marcos to PNP: Use of force must be reasonable, justifiable and only when necessary
House energy committee chair Arroyo bats for cheap electricity
‘Very high’ COVID-19 positivity rate in 15 Luzon provinces — OCTA
Number of jobless Filipinos up to 2.99M in June 2022, PSA reports
MOST READ
Raffy Tulfo hits ‘killjoy’ critics of Angara’s birthday party: It’s for charity
Flash floods strand 1,000 people in California’s Death Valley National Park
Jaya, family safe after house burned down in US
Cherie Gil chose to keep cancer diagnosis from public, family says
Don't miss out on the latest news and information.