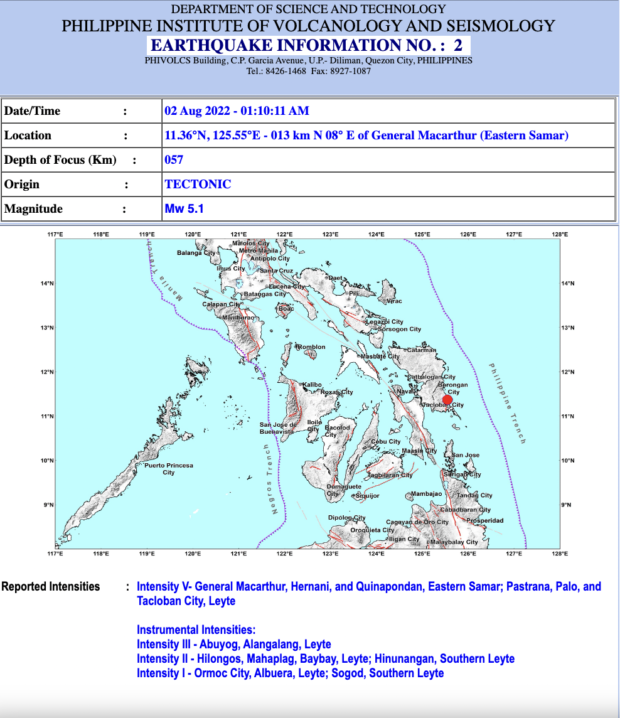 MANILA, Philippines — A magnitude 5.1 earthquake jolted Eastern Samar on Tuesday morning, according to the Philippine Institute of Volcanology and Seismology (Phivolcs).

The epicenter of the tremor was 13 kilometers northeast of General MacArthur, Eastern Samar, state seismologists said in a bulletin.

Phivolcs further noted that the earthquake, which was recorded at 1:10 a.m., was tectonic in origin with a depth of 57 kilometers.

Aftershocks are possible, but significant damage is not expected, Phivolcs added.