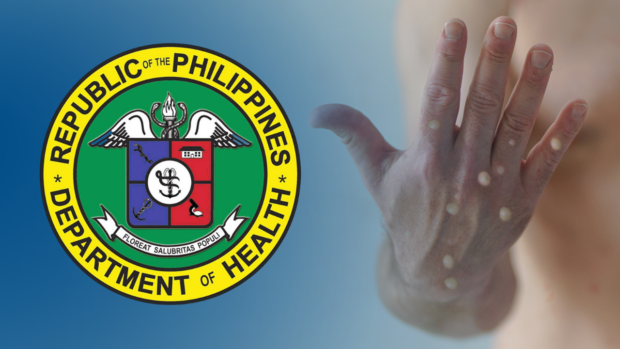 MANILA, Philippines — Monkeypox is a “rarely fatal” disease and its symptoms are mild, the Department of Health (DOH) said a day after it confirmed the first case of the viral disease in the country.

One expert said the disease was unlike the more infectious COVID-19, while another cited the need to raise awareness about monkeypox since its mode of transmission is “not usual” and the infection rate is high in a specific segment of the population.

Monkeypox is classified as a zoonotic disease, which means it is transmissible from animals to humans.

Its case fatality rate, however, is about five deaths for every 10,000 cases, the DOH said, citing figures from the World Health Organization (WHO). According to the department, that ratio is based on the latest count of 22,000 cases and 10 deaths due to monkeypox.

A 31-year-old Filipino who arrived home on July 19 after visiting countries with confirmed infections is the first reported monkeypox case in the Philippines.

But DOH officials said the patient has recovered, while 10 contacts are being monitored under quarantine.

Dr. Rontgene Solante, head of the adult infectious diseases unit of San Lazaro Hospital, said at a webinar on Thursday: “We have to look at this monkeypox infection [from] a … slightly different outlook. Why? This current monkeypox virus infection that we’ve seen—95 percent of those infected are men who have sex with men.”

“This is the group [that is] at high risk for [monkeypox] because … most of them got it through sexual contact,” he said at that online forum on COVID-19 organized by Cardinal Santos Medical Center.

But Solante also emphasized: “We might stigmatize and discriminate against them when they go to the clinics. So it’s important to really put good communication in terms of raising awareness on what is monkeypox, especially for the health-care workers.”

Other segments of the population identified as high risk for infection or complications, he said, are people afflicted with human immunodeficiency virus who are not under treatment, as well as pregnant women, children, the elderly and immunocompromised individuals.

Solante also noted that in countries where the disease is endemic, transmission is mainly through exposure from animals associated with monkeypox, namely squirrels, African dormouse, Gambian pouched rat and sooty mangabey.

Not by going to supermarket

Symptoms of monkeypox include fever, lymphadenopathy. or “kulani,” and rashes.

He also said some had lesions in the genital area that did not spread to other parts of the body.

Dr. Paul Salandanan, infectious diseases specialist at Cardinal Santos Medical Center, said monkeypox is “not as infectious as COVID-19 whose main mode of transmission is aerosol.”

“Suffice it to say, without being complacent, that you do not get monkeypox by going to the supermarket,” Salandanan said.

Monkeypox reaches PH; DOH turning to US for jabs