From 90, PhilHealth expands dialysis sessions to 144 for rest of 2022 | Inquirer News 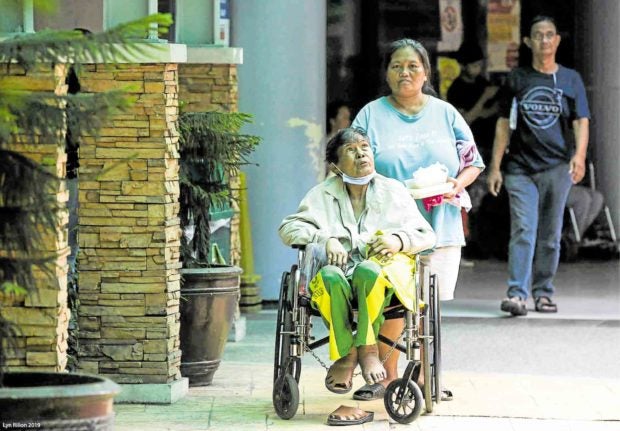 PHILHEALTH BENEFICIARY Antonio Rogelio Cabillan, assisted by his wife, Judith Daramay, waits to be called for his peritoneal dialysis session at the National Kidney and Transplant Institute in Quezon City. In between sessions, the couple is staying at an outdoor waiting area in the hospital compound to save on transport expenses. —LYN RILLON

MANILA, Philippines — The Philippine Health Insurance Corp. (PhilHealth) has expanded its coverage of hemodialysis sessions from 90 to 144  for the remaining months of 2022.

“The PhilHealth Board of Directors has recently approved the coverage of hemodialysis sessions from a maximum of 90 sessions to 144 sessions which can be availed of until December 31, 2022,” said PhilHealth in an advisory on Friday night.

PhilHealth then said that it will soon issue guidelines for the coverage expansion through a circular.

Meanwhile, the government-owned health insurance agency assured that it has already directed its regional offices and healthcare facilities to honor all availments beyond the 90-session limit as prescribed by an accredited physician.

Lawmakers like Senator Risa Hontiveros have been trying to institutionalize the 144 free dialysis sessions for Filipino senior citizens since the 18th Congress under former President Rodrigo Duterte.

But the bill got stalled until the end of Duterte’s term.

Despite this, Hontiveros recently vowed to refile the bill under the 19th Congress.