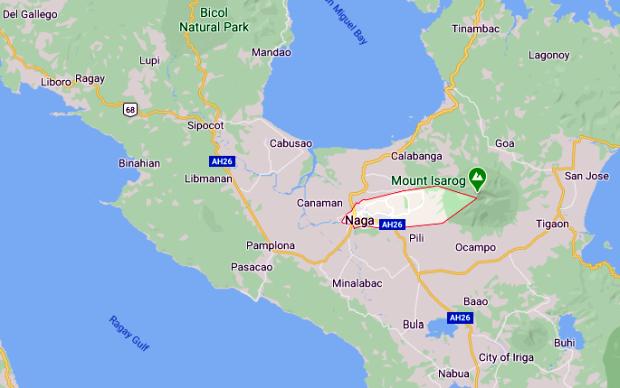 Paz said the floodwater started to subside but continuous rainfall could trigger another flooding.

The disaster officials in Iriga City also reported that the spillway between Barangay (village) San Jose and Sagrada village and the Waras Bridge were not passable.

In the advisory of Philippine Atmospheric Geophysical and Astronomical Services Administration (Pagasa) at 4:15 a.m., it said that moderate to heavy rainfall with lightning and strong winds were experienced in towns of Baleno, Milagros and San Pascual in Masbate; towns of Bula, Baao and Nabua in Camarines Sur; Ligao City, Oas and Pio Duran in Albay; Catanduanes island province and Northern Samar.

At 8 a.m., Pagasa also warned of light to moderate rains triggered by southwest monsoon in Camarines Norte, Camarines Sur, Albay, Sorsogon, Masbate and Catanduanes in the Bicol region; and in Northern Samar, Romblon and Marinduque.

TD Ester to exit PAR on Saturday, but rains still expected due to ‘habagat’

Read Next
From 90, PhilHealth expands dialysis sessions to 144 for rest of 2022
EDITORS' PICK
House energy committee chair Arroyo bats for cheap electricity
Reignite your passion with the vivo Y35
Individuals affected by ‘Karding’ now over 157,000
Karding damage to infrastructure at P23M
Bongbong Marcos says PH ‘open for business’ with new Clark Airport terminal
Newbie gamers are in for a treat with the power-packed feature of vivo Y16
MOST READ
LPA enters PAR, may develop into tropical depression
Angelica Panganiban ‘duguan, sugatang mom’ one week into breastfeeding
Soldiers are not errand boys, Tulfo tells defense officials
Charges readied vs gov’t guard with P290-M deposits
Don't miss out on the latest news and information.