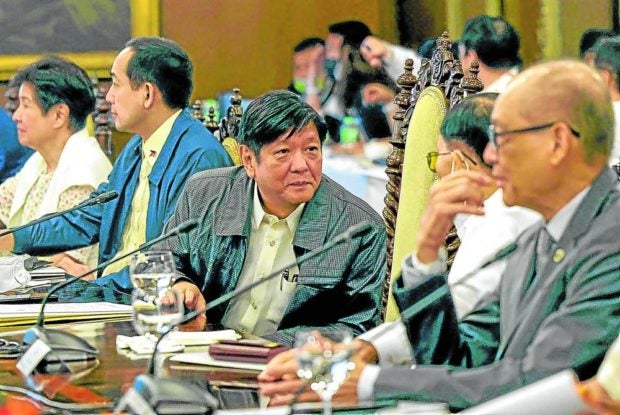 With presidential attention focused on neglected agriculture, the sector will be one of the top five priorities in the government’s spending bill for 2023.

President Marcos convened on Friday a special Cabinet meeting to discuss the national budget, which is due for submission to Congress on Aug. 24, the Palace press office said.

At a Palace briefing, Press Secretary Trixie Cruz-Angeles said the Department of Budget and Management (DBM) presented the 2023 national budget during the special Cabinet meeting.

But she could not specify allocations because the particular budgets of government agencies were still being “fine-tuned.”

Cruz-Angeles said the Marcos administration will submit its first spending bill to Congress on Aug. 22, after a Cabinet “once-over” on Aug. 19 .

The DBM will then have to print the National Expenditure Program, Budget of Expenditures and Sources of Financing, Staffing Summary and the President’s Budget Message, Cruz-Angeles said.P5.268-T budget

Budget Secretary Amenah Pangandaman earlier said the budget would amount to about P5.268 trillion, or around 22 percent of the country’s gross domestic product, with agriculture, education, health, infrastructure and defense getting the most funds.

Next year’s spending bill will be 4.9 percent more than this year’s P5.024-trillion budget.

Pangandaman said Mr. Marcos wanted the budget bill submitted to Congress within the usual timeline so both chambers could deliberate soonest and hopefully pass the law before December.

According to the Constitution, the budget must be submitted to Congress within 30 days after the opening of its session every year. The Senate and the House of Representatives convened their inaugural session on July 25.

Aside from next year’s budget, she said the Cabinet also discussed the return of full in-person classes in the county.

On July 11, the Department of Education (DepEd) issued an order requiring all public and private schools in the country to return to five-day in-person classes starting Nov. 2.

But the President said “blended learning” would continue in “specific” areas identified by DepEd.