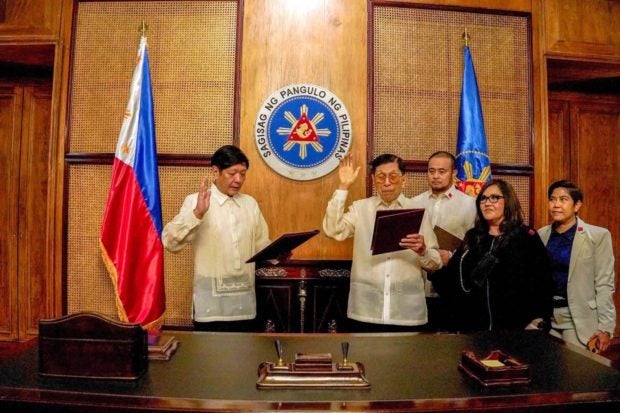 Marcos Jr. administered Enrile’s oath on Tuesday, according to the Palace’s Office of Press Secretary (OPS).

Enrile, according to Press Secretary Trixie Cruz-Angeles, “reaffirmed his commitment to serve the country and ensure the success of the incoming Marcos administration.”

Enrile served as interim finance secretary from 1966 to 1968, justice chief from 1968 to 1970, and national defense secretary from 1972 until 1986 under the administration of Marcos Jr.’s father, former President Ferdinand Marcos Sr.