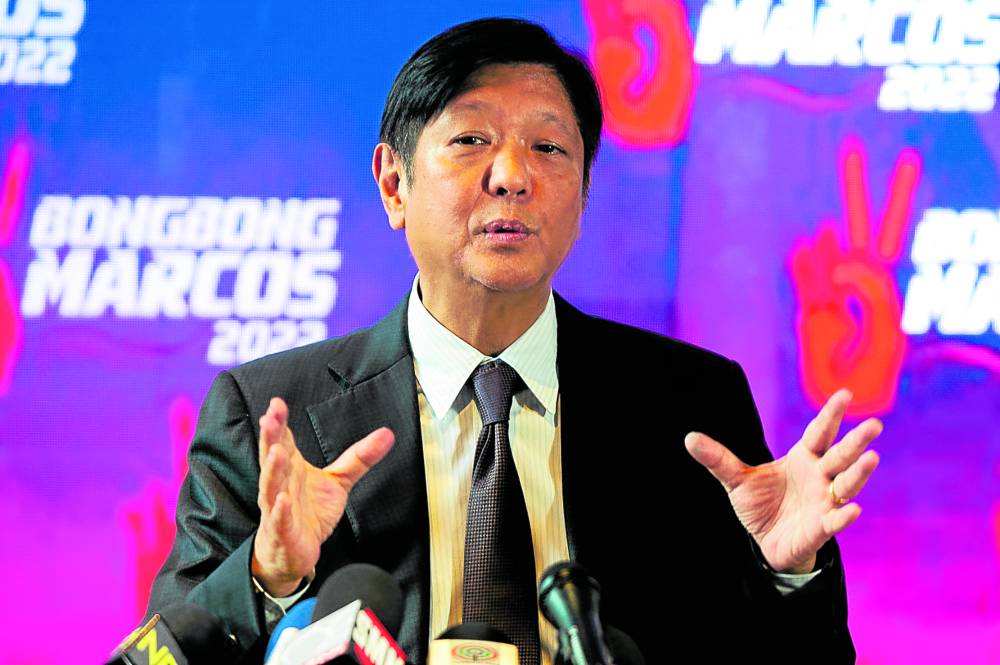 Enrile, according to Cruz-Angeles’ statement, “reaffirmed his commitment to serve the country and ensure the success of the incoming Marcos administration.”

“I will devote my time and knowledge for the republic and for BBM because I want him to succeed,” Enrile was quoted as saying.

Guevarra, who is set to step down from his post as justice chief by the end of the month, will serve as Marcos Jr.’s first Solicitor General.

Guevarra, according to Cruz-Angeles, accepted his nomination when he met with the President-elect on Thursday.

Cruz-Angeles said Guevarra was tapped to head the Office of the Solicitor General “for his sterling performance as a lawyer for over 30 years.”

After earning his Bachelor of Laws degree from Ateneo, Guevarra began private law practice in 1986 and started teaching at the Ateneo in 1990, specializing in civil law, criminal law, and administrative litigation, she added.

Meanwhile, the President-elect nominated former Armed Forces of the Philippines (AFP) chief of staff, retired Gen. Jose Faustino Jr., as senior undersecretary and officer-in-charge of the Department of National Defense.

This post “would later assume as Secretary on Nov. 13, 2022, in compliance with the one-year ban on the appointment of retired military officers under Republic Act 6975,” Cruz-Angeles said.

“Faustino’s situation was similar to current Department of Interior and Local Government (DILG) Secretary Eduardo Año’s case, whom President Duterte designated as officer-in-charge but later assumed the Secretary position once the appointment ban lapsed,” she explained.

Cruz-Angeles described Faustino as a “well-respected Mindanao veteran who has served under the special forces, infantry, and intelligence posts.”

He served as the commander of the Joint Task Force Mindanao and was a commanding general of the Philippine Army before assuming his post as AFP chief of staff.