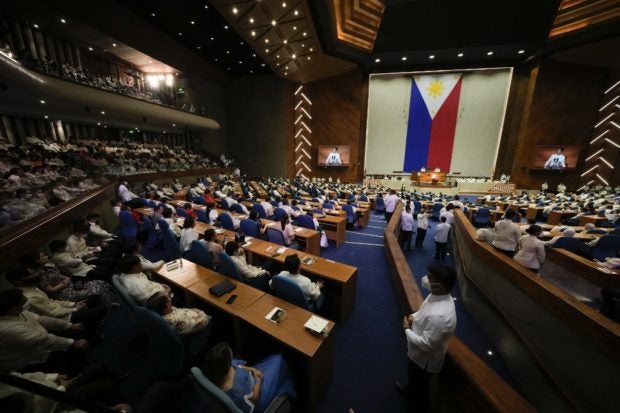 During Tuesday’s session, Speaker Martin Romualdez led the oathtaking of Libanan, who was chosen by his peers to lead the minority bloc in the lower chamber of Congress.

It was Northern Samar Rep. Paul Daza who made the manifestation, saying 25 members of the minority bloc unanimously elected Libanan.

“We are happy to announce and put on record the election of our new Minority leader, Congressman Nonoy Libanan,” Daza said.

Libanan previously served as immigration commissioner during the presidency of Gloria Macapagal-Arroyo.

He was also a former Eastern Samar representative and served as chairman of the House committee on justice in his tenure as a lawmaker.

Libanan thanked his fellow House members, assuring that the minority will perform its task.

“I would like to thank my dear colleagues. Rest assured that we will perform our task as responsible minority of this august chamber,” he said.

Later in the session, Libanan revealed the elected leaders of the minority bloc, who are the following: