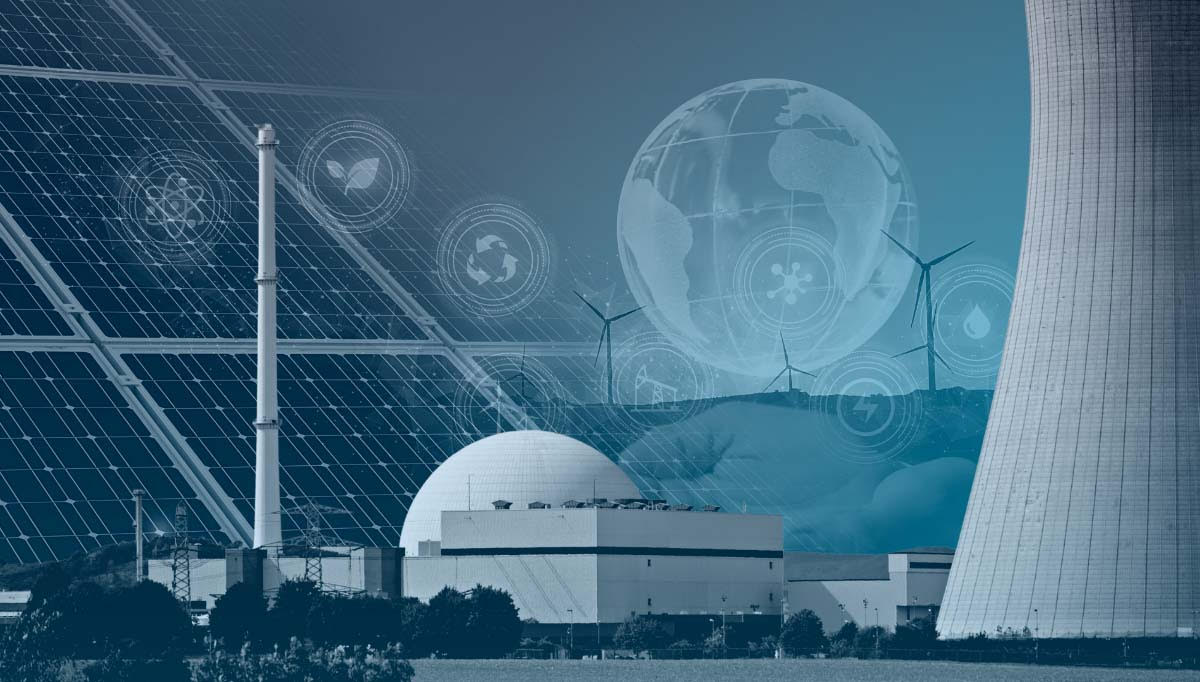 MANILA, Philippines—An environmental group on Monday (July 25) called out President Ferdinand “Bongbong” Marcos Jr. for giving “mixed signals” in highlighting the administration’s plans to use nuclear and fossil power alongside renewable energy in the country during his first State of the Nation Address (Sona).

Throughout the campaign period, Marcos has been pushing to increase and further develop the country’s renewable energy sources—including wind and solar power, hydropower, geothermal, and biomass or biofuels—in response to climate change. 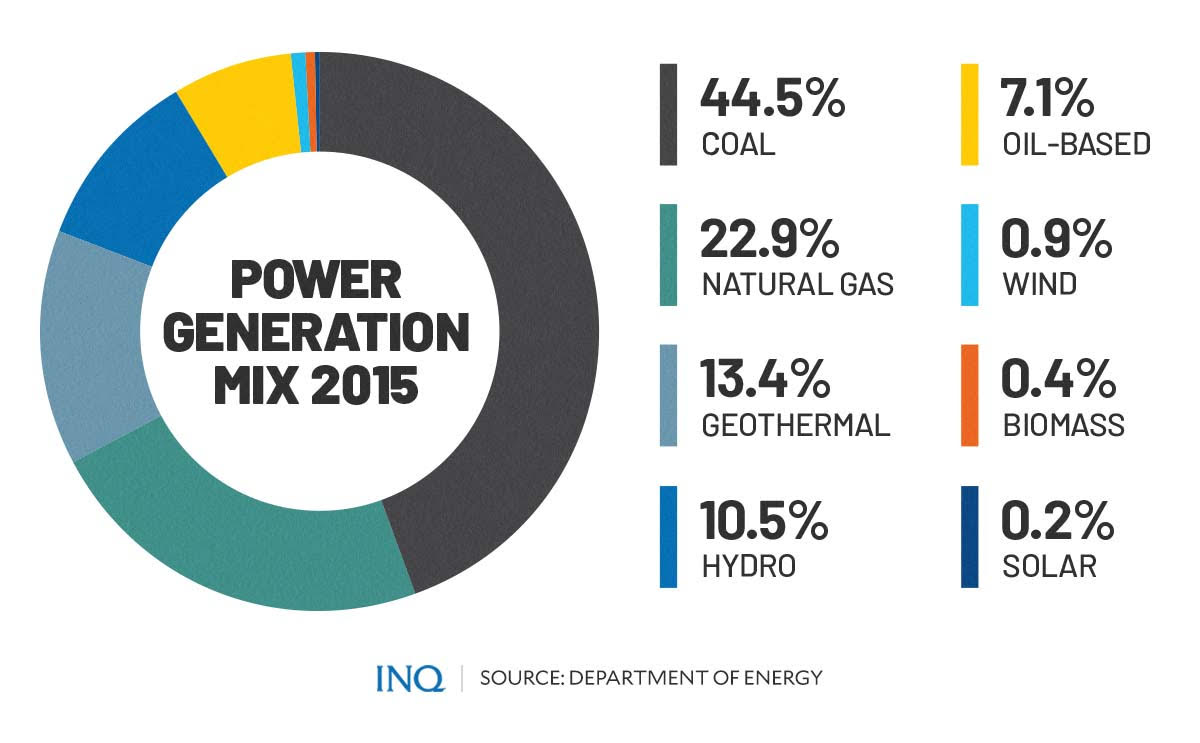 Philippine power plants are currently heavily reliant on coal, using what is considered to be the world’s dirtiest fuel for almost half of energy production.

The president also cited the country’s precarious power supply as a reason to push for the use of more sustainable and renewable energy sources, along with the adoption of nuclear power as an alternative energy source.

So, it was not surprising that Marcos again mentioned his administration’s plans to advance the use of renewable energy and re-examine the country’s policy on nuclear power.

However, environmental group Greenpeace said it believed that Marcos’ first Sona sent mixed signals in addressing climate change, which Marcos said is at the top of his agenda as the 17th president of the Philippines.

According to Marcos, the current demand for energy in the country exceeds the available and reliable supply. To increase the level of energy production, the country should lean towards renewable energy, he said.

“We must take advantage of all the best technology that is now available, especially in the areas of renewable energy,” said Marcos.

“Our search for new power sources should always be with an eye to improving the mix of the energy supply between traditional and renewable sources. The technology on renewable energy is progressing rapidly. And many of these technologies are appropriate for the Philippines,” he added.

The president said that the country, which has already been utilizing windmill power, has also started rapidly expanding its solar power production—which he said is “power that is practical almost everywhere in the Philippines all year round.” 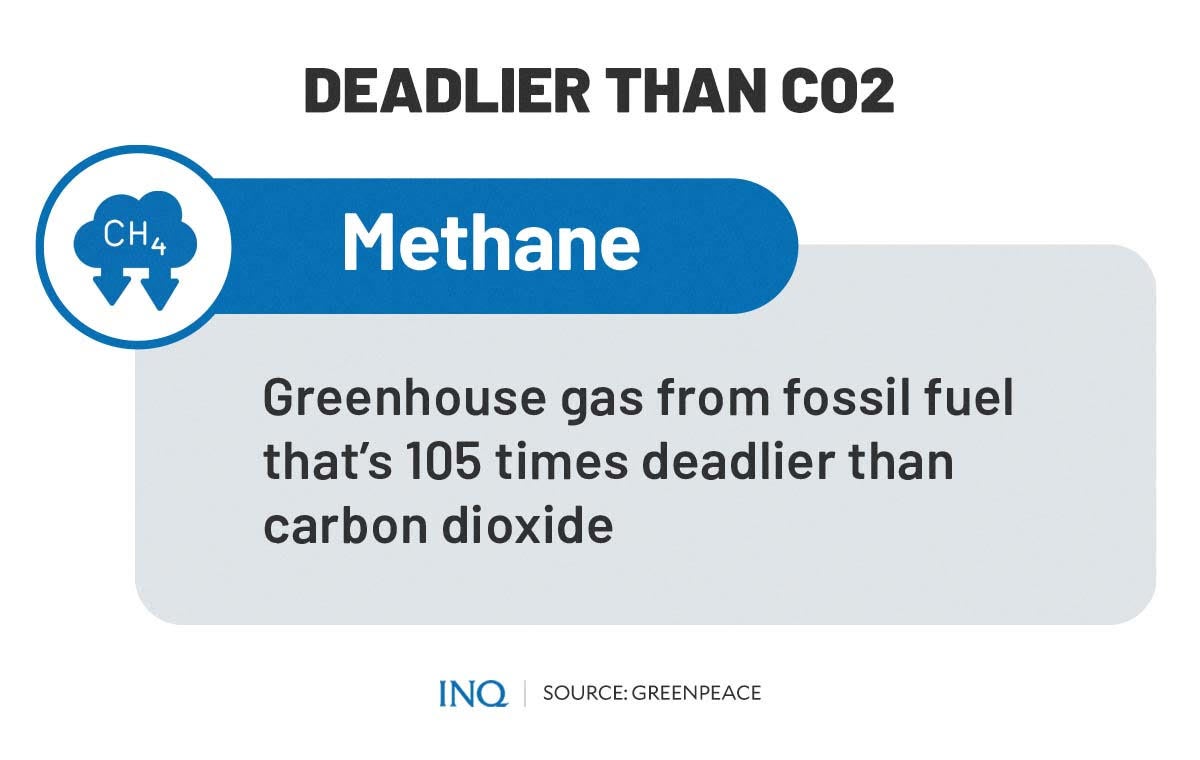 READ: Marcos: PH has potential to be major wind power producer in the world

Aside from renewable energy, the president also said it is already time to re-examine the country’s strategy toward building nuclear power plants in the country.

“We will comply, of course, with the International Atomic Energy Agency (IAEA) regulations for nuclear power plants as they have been strengthened after Fukushima,” said Marcos.

“In the area of nuclear power, there have been new technologies developed that allow smaller scale modular nuclear plants and other derivations thereof,” he continued.

During the campaign period, Marcos also mentioned the possibility of tapping experts to look into the Bataan Nuclear Power Plant (BNPP) and determine if it can still be reopened or if a new one should be constructed.

This prompted talks and concerns on the revival of the nuclear plant, which experts said could be risky due to safety issues.

The $2.2-billion BNPP was built during the reign of the current president’s father, the late Ferdinand Marcos Sr.. The project became a white elephant after laying dormant for many years until the elder Marcos’ ouster in a people power revolt in 1986.

The project was also mothballed because of corruption allegations and safety concerns about the use of nuclear energy after the deadly Chernobyl disaster in April 1986.

Since its construction, several safety issues and concerns about the nuclear plant’s design and location have hounded BNPP.

“The mixed signals coming out of the Marcos administration’s first Sona are worrying. Nuclear and fossil gas should be out of the picture today. It’s hypocritical to talk about addressing the climate crisis while prioritizing dangerous energy sources,” said Yu.

“If the president is sincere about acting on the environment and climate, he should head straight for genuine renewable energy – and stop promoting nuclear and fossil gas,” he added.

Yu said that the “necessary push for renewable energy and climate action is being maneuvered to suit the administration’s misguided nuclear and fossil gas agenda.”

The environmental group also noted that the country’s existing energy issues would worsen as the president further pushed for public-private partnerships (PPPs)—which involve surrendering the fate of the energy sector to corporations.

It added that the administration’s primary concern should be providing safe, affordable, and reliable power to Filipinos.

“We have a vast amount of renewable energy resources waiting to be tapped, and RE (renewable energy) has been proven to be more cost-efficient and dependable in the face of climate,” Yu explained.

“With the world and our country facing the impacts of a rapidly worsening climate crisis, we have no ‘lead time’ and no room for nuclear and fossil gas. The President should walk the talk on his statements about preserving the environment and human life, and stop creating barriers to RE,” he added.

“Distracting ourselves with more costly and risky sources only sacrifices valuable time and resources—and threatens the very lives he wants to preserve.”

According to Yu, nuclear “in any context” is a “dangerous proposition, even more so for the Philippines.”

“Housing a nuclear plant in a country constantly battered by typhoons and earthquakes is like building a ticking time bomb, not to mention the amount of radioactive waste we wouldn’t know how to dispose of,” he added.

Yu added that the cost of constructing and maintaining facilities for nuclear energy sources will also be an issue “for a country already swimming in debt.” He said he feared that the cost will be passed on to consumers, who are already suffering from food and energy supply issues and the climate crisis.

In his Sona, Marcos likewise acknowledged the cost needed for adopting nuclear energy in the country.

“Once again, PPPs will play a part in support as funding in this period is limited,” Marcos said. 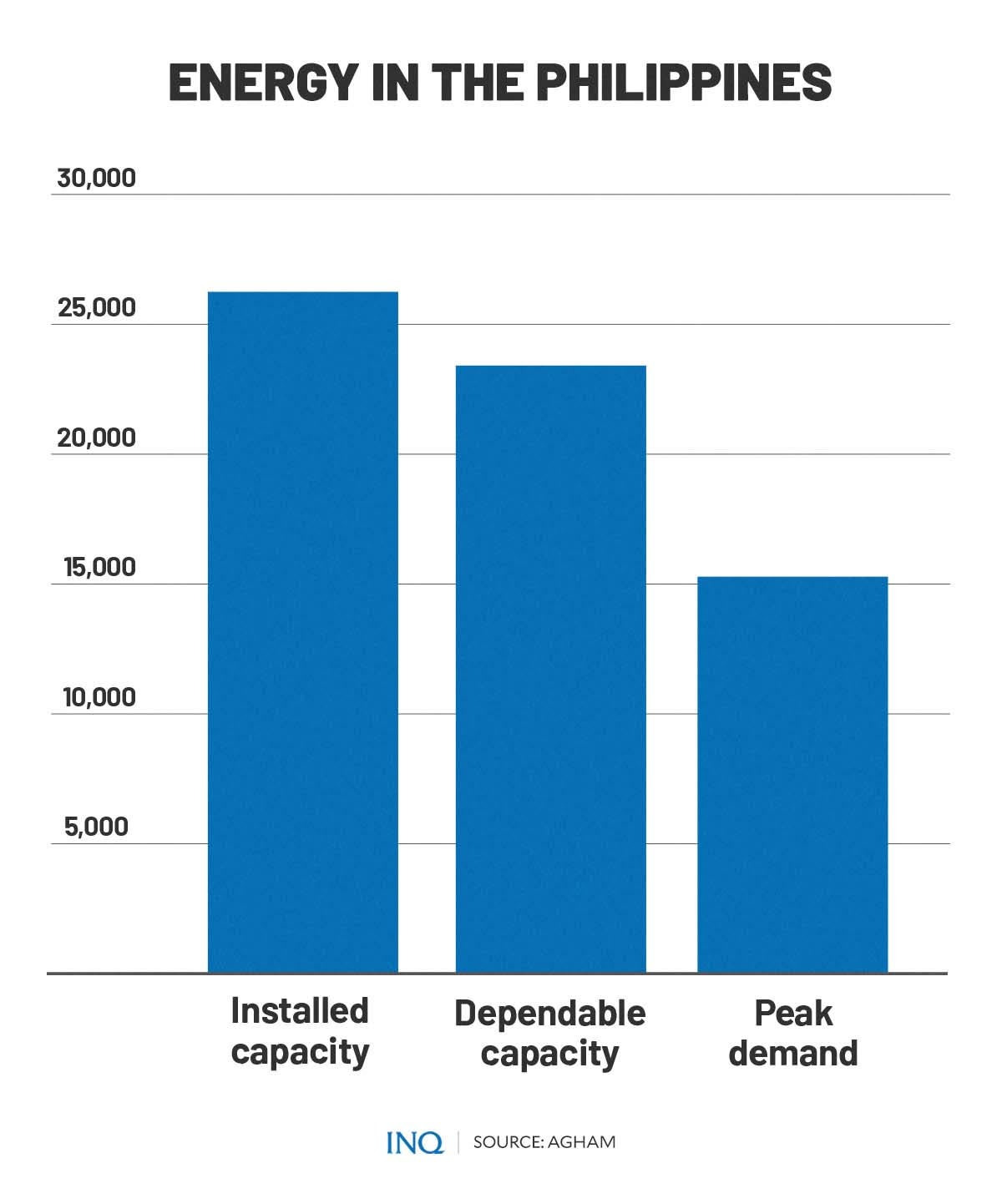 Greenpeace added that developing fossil gas—which the president also mentioned in his Sona—“is no better” as it produces methane, a greenhouse gas, which is up to 105 times more potent than carbon dioxide over a 20-year period.

“Any new facility built now will lock the country into 40 more years of fossil fuel dependence and will considerably delay the country’s much-needed transition to RE,” Yu said.

RE recommended for carbon emissions

A 2020 study by the University of Sussex—published in the journal Nature Energy—found that rather than pushing for nuclear power, countries that aim to lower emissions “as substantially, rapidly and cost-effectively as possible” should focus more on renewables.

The study showed that an analysis of 123 countries over 25 years by the University of Sussex Business School and the ISM International School of Management showed that nuclear energy programs across the globe tend not to deliver sufficient carbon emission reductions, unlike renewables.

“The evidence clearly points to nuclear being the least effective of the two broad carbon emissions abatement strategies, and coupled with its tendency not to co-exist well with its renewable alternative, this raises serious doubts about the wisdom of prioritizing investment in nuclear over renewable energy,” said Benjmin K Sovacool, professor of Energy Policy in the Science Policy Research Unit (SPRU) at the University of Sussex Business School.

The Philippines contributed only 0.3 percent to global gas emissions, according to the Department of Finance (DOF)—whose chief, now former Finance Secretary Carlos Dominguez III, headed the Philippine delegation in the 26th Conference of Parties (COP26) in Glasgow last year. 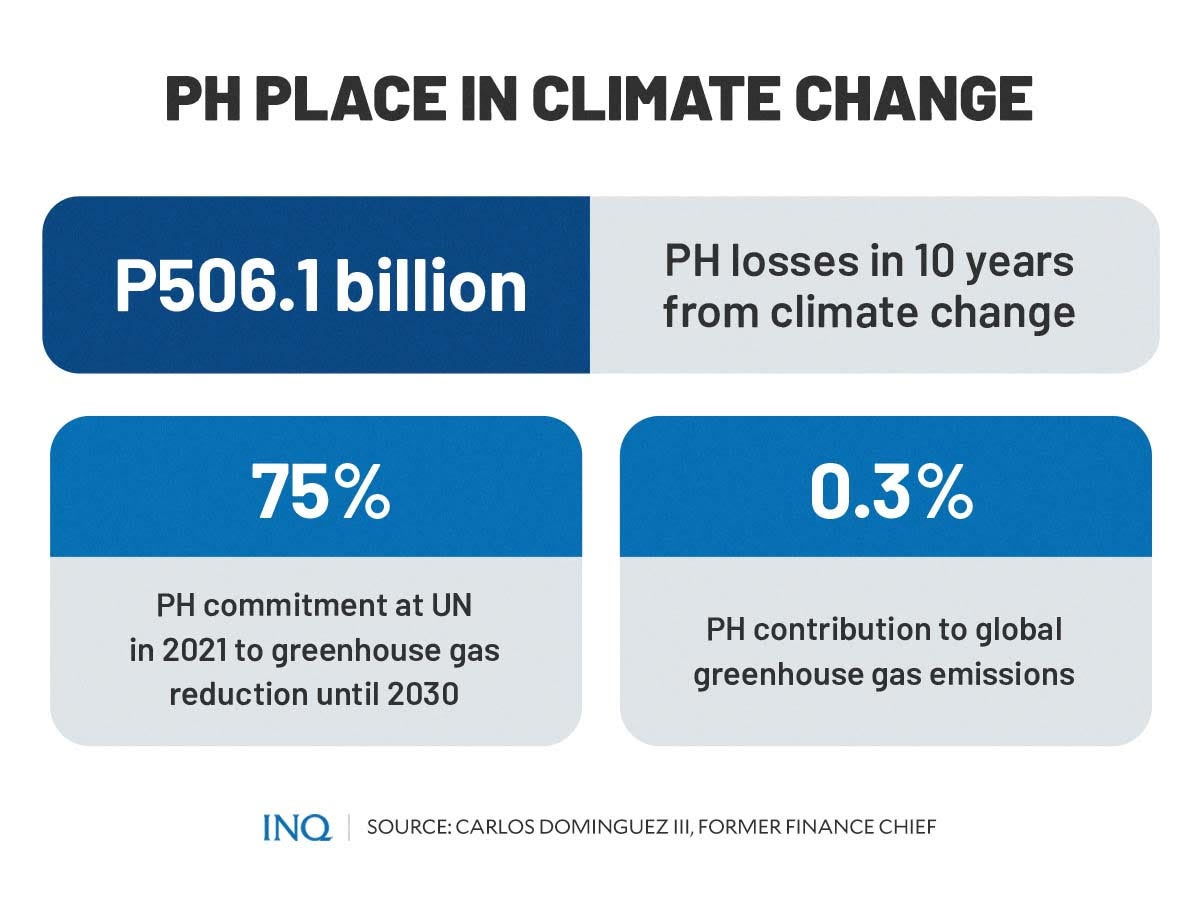 However, the country’s vulnerability to climate change would inflict losses amounting to P506.1 billion, or about $10 billion, in the next 10 years, according to Dominguez.

Last year, the country committed to the United Nations (UN) a target to reduce GHG emissions by 75 percent between 2020 and 2030.

BNPP not the solution

Aside from Greenpeace, several anti-nuclear power experts have already opposed the possible revival of BNPP and warned Marcos about the dangers of the nuclear plant’s rehabilitation.

Filipino-American geologist Kelvin Rodolfo, professor emeritus of environmental science at the University of Illinois at Chicago, said last month that the worst danger facing the BNPP is the possible explosion of Mount Natib—a dormant stratovolcano and caldera complex in Bataan with no historical or analytical record of eruption.

The Philippine Institute of Volcanology and Seismology (Phivolcs), however, classified it as “potentially active.”

During that same month, Agham (Advocates of Science and Technology for the People)—a nongovernment organization consisting of scientists, engineers and science and technology advocates—said that the mothballed BNPP will not solve the country’s energy crisis.

The group said Marcos “denies the fact that the BNPP is already antiquated, faulty, dangerous and has served as a milking cow for corrupt practices.”

It also noted that power shortage is being used as another justification to recommission BNPP. Based on the organization’s analysis, there was still enough power supply in the country.

“In 2020, the country has an installed capacity of 26,250 megawatts with a dependable capacity of 23,410 MW, while the peak demand is just 15,282 MW in the same period,” the group said emphasizing that there is enough supply for the coming years.

“If we want energy sufficiency in the coming decades, we need to harness our own indigenous energy resources and move away from imported, dirty, and dangerous fuels such as coal and nuclear,” it added.