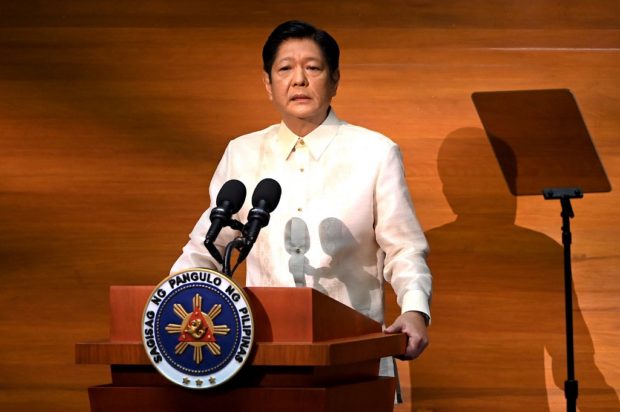 MANILA, Philippines — President Ferdinand Marcos Jr. believes this is the right time to reexamine the country’s approach and policy toward using nuclear energy, noting that with modern technology, safeguards have been placed against possible accidents.

During his State of the Nation Address (Sona) on Monday, Marcos said that should the country opt to use nuclear energy under his term, the government will use the guidelines adopted by the International Atomic Energy Agency.

The Chief Executive said that technologies had been made to prevent an accident similar to that of the Fukushima Daiichi power plant in Japan, which was the site of a nuclear accident after a strong earthquake in 2011.

“I believe that it is time also to reexamine our strategy towards building nuclear power plants in the Philippines. We will comply of course with the International Atomic Energy Agency regulations for nuclear power plants as they have been strengthened after Fukushima,” Marcos told lawmakers.

He admitted that while innovations would allow power plants to utilize nuclear energy on a smaller scale, funding could be an issue.

“In the area of nuclear power, there have been new technologies developed that [allow] smaller scale, modular, nuclear plants, and other derivations thereof. Once again, PPPs will play a part in support as funding in this period is limited,” he added.

One of the key points in Marcos’ Sona on Monday was energy — which was also a fixture of his campaign materials. According to Marcos, any search for an increase in power sources should lean towards renewable energy — which he said has been rapidly progressing.

“Our search for new power sources should always be with an eye to improving the mix of the energy supply between traditional and renewable sources. The technology on renewable energy is progressing rapidly and many of these technologies are appropriate for the Philippines,” Marcos said.

“We have already begun windmill power, we are now expounding very quickly our solar production […] Furthermore, we must examine the entire system of transmission and distribution, for the purpose of finding ways to lower the price of energy to the consumer and to industry,” he added.

Marcos’ father, late former president Ferdinand Marcos Sr., was one of the proponents of nuclear energy during his time. Under the older Marcos’ term, the Bataan Nuclear Power Plant (BNPP) was inaugurated, but it was left unused due to fears of possible accidents.

Recently, scientists stressed that reviving the project would not solve power woes in the country.

But pro-energy groups within the Power for People (P4P) Coalition — who previously hoped that Marcos would discuss his administration’s renewable energy roadmap — have expressed disappointment with the Sona.

Arances was referring to Marcos’ statement on energy being a “key sector in our transformation plans,” noting that finding cheap sources is a priority.

“President Marcos’ energy plans are at odds with what he promises. He cannot say that renewable energy is his top agenda when he is peddling nuclear and natural gas, both of which are not clean sources of energy, not to mention the environmental risks and hazards that come with it,” Arances said.

“Renewable energy is a top priority not just by saying it, but committing to minimizing, then eliminating the use of fossil fuels to protect the environment and consumers. It’s disappointing to hear him talk about incentives and bill for gas and action point for nuclear but no actual plans for renewable energy,” he added.

Arances said Marcos’ plans were ‘distracted’ as he also pushed for nuclear energy.

“Marcos was on point on renewable energy as a priority both for lowering costs and transition but his plans were distracted and unsound with his push for LNG and nuclear,” he said.

“However, the more we invest in imported, expensive, capital-intensive gas-powered facilities, the harder it becomes to discard them, essentially locking us into using gas instead of moving forward to renewable energy,” he claimed.