P6.1 million worth of aid given to Ifugao flash flood victims — DSWD 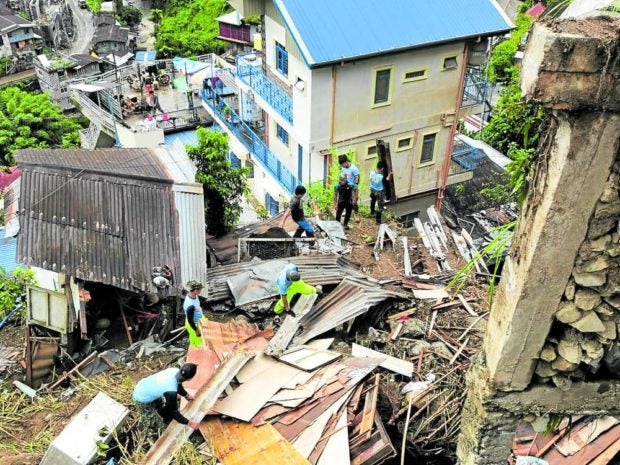 MANILA, Philippines — A total of P6.168 million worth of assistance has been provided to victims of the recent flash floods in Ifugao province as of July 13, the Department of Social Welfare and Development (DSWD) said on Thursday.

Reports from DSWD’s Field Office (FO) in the Cordillera Administrative Region (CAR) said that this includes 1,500 food and non-food items that were given to 1,054 families or 3,166 individuals from 10 barangays in Banaue and Hungduan towns.

Cash assistance was also given to 1,044 families whose residences were damaged partially due to the flash floods, while the provision of cash aid for four more families is expected to be completed soon.

“To date, some 1,054 families or 3,166 individuals from the ten barangays in the Municipalities of Banaue and Hungduan have been affected by the flash floods,” DSWD said in a statement.

Around 25,000 FFPs have been prepositioned in various warehouses inside the CAR.

“The Field Office is still on alert status and is coordinating with the concerned local government units to determine other interventions needed by the affected families,” DSWD stressed.
The above-mentioned Ifugao towns were affected by flash floods in early July, which were believed to be caused by the persistent rains brought by the southwest monsoon or habagat.

As a result, over 500 families had to be evacuated from their homes and were brought to nearby towns. — With reports from Christine Annie Asistio, INQUIRER.net trainee