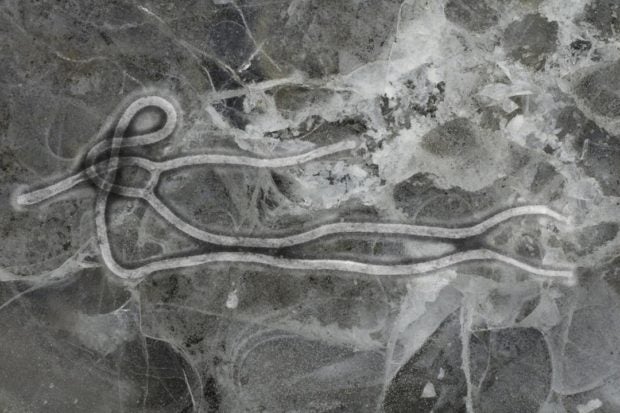 DAKAR — Ghana has officially confirmed two cases of the Marburg virus, a highly infectious disease similar to Ebola, its health service said on Sunday, after two people who later died tested positive for the virus earlier this month.

Tests conducted in Ghana came back positive on July 10, but the results had to be verified by a laboratory in Senegal for the cases to be considered confirmed, according to the World Health Organization.

“Further testing at the Institute Pasteur in Dakar, Senegal has corroborated the results,” Ghana Health Service (GHS) said in a statement.

GHS is working to reduce any risk of the virus spreading, including the isolation of all identified contacts, none of whom have developed any symptoms so far, it said.

This is only the second outbreak of Marburg in West Africa. The first ever case of the virus in the region was detected last year in Guinea, with no further cases identified.

“(Ghanaian) health authorities have responded swiftly, getting a head start preparing for a possible outbreak. This is good because without immediate and decisive action, Marburg can easily get out of hand,” said Matshidiso Moeti, WHO Regional Director for Africa.

The two patients in southern Ghana’s Ashanti region both had symptoms including diarrhoea, fever, nausea and vomiting, before dying in hospital, the WHO said.

There have been a dozen major Marburg outbreaks since 1967, mostly in southern and eastern Africa. Fatality rates have varied from 24% to 88% in past outbreaks depending on the virus strain and case management, according to the WHO.

It is transmitted to people from fruit bats and spreads among humans through direct contact with the bodily fluids of infected people, surfaces and materials, the WHO says.

Moderna plots vaccines against 15 pathogens with future pandemic potential
Read Next
Macau begins 11th round of mass testing in worst COVID-19 outbreak
EDITORS' PICK
House energy committee chair Arroyo bats for cheap electricity
EDITORIAL: To a bike-friendly future
Pagasa: Warm, sunny Sunday in most parts of PH
The Best Tech Gifts For The 2022 Holidays
Is it safe to talk politics again at family gatherings? ‘The Reconciliation Dinner’ shows us what that’s like
vivo’s coming to town to grant wishes with more holiday promos
MOST READ
LOOK: Vhong Navarro transferred to BJMP detention facility in Taguig
The Elephant Man in the Senate
Posh village as ‘shabu’ haven
LOOK: Zanjoe Marudo bonds with Ria Atayde, her family
Don't miss out on the latest news and information.