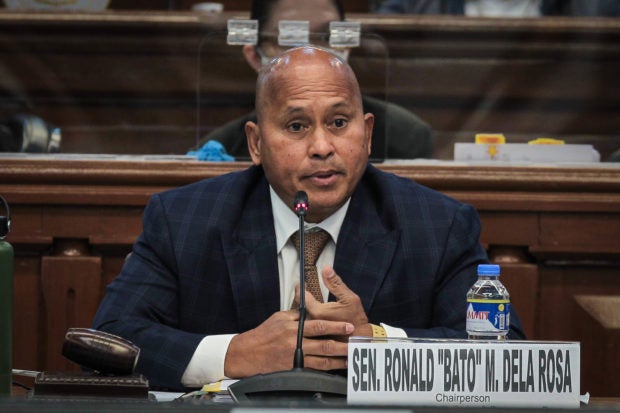 (There is only one thing I want to include if there will be a charter change, the party-list system.)

“This is not about the Constitution, this is about the party-list system. Bibigyan lang natin ng (We will give) additional powers ‘yung (to) Comelec to disqualify party-lists that are identified to be supporting directly or indirectly the terrorist groups,” he also said when asked what his desired changes in the 1987 Constitution would be.

According to dela Rosa, groups supporting terrorists join the government to destroy it from within.

He, however, stressed that left-leaning groups should be allowed to run in the party-list polls as long as they are not backing terrorist organizations.

“If they are left-leaning at wala silang ginagawang suporta doon sa terrorist organization, then pabayaan natin sila. They can exist and co-exist with everyone in this government,” the senator noted.

(If they are left-leaning and they are not showing support to a terrorist organization, let them.)

As the 19th Congress opened, dela Rosa filed a bill seeking to institutionalize the National Task Force to End Local Communist Armed Conflict to combat decades-long insurgency in the country.

He expressed confidence that his colleagues in the Senate will support his measure.

“Yes, I am very optimistic dahil ang layunin naman nito ay (because its objective is) lasting peace as I have said,” Dela Rosa shared.