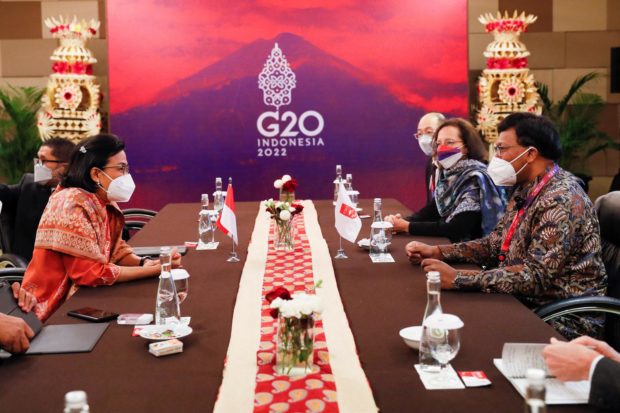 NUSA DUA, Indonesia — The Group of 20 major economies’ finance chiefs on Saturday pledged to address global food insecurity and rising debt, but made few policy breakthroughs amid divisions over Russia’s war in Ukraine at a two-day meeting in Indonesia.

With questions growing about the effectiveness of the G20 in tackling the world’s major problems, U.S. Treasury Secretary Janet Yellen said the differences had prevented the finance ministers and central bankers from issuing a formal communique but that the group had “strong consensus” on the need to address a worsening food security crisis.

Host Indonesia will issue a chair’s statement instead. Finance Minister Sri Mulyani Indrawati said most topics were agreed by all members except for particular statements about the war in Ukraine. She described it as the “best result” the group could have achieved at this meeting.

Western countries have enforced strict sanctions against Russia, which says it is conducting a “special military operation” in Ukraine. Other G20 nations, including China, India and South Africa, have been more muted in their response.

“This is a challenging time because Russia is part of the G20 and doesn’t agree with the rest of us on how to characterize the war,” Yellen said, but stressed the disagreement should not prevent progress on pressing global issues. 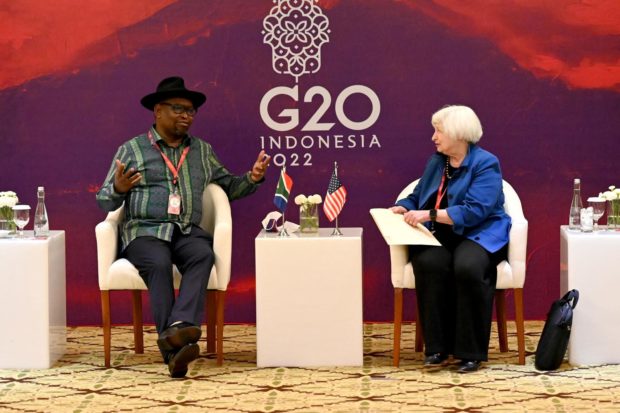 Indonesia’s Sri Mulyani said while chairing a fractured G20 has been “quite overwhelming” due to the war in Ukraine, all members agreed that food insecurity requires special attention and she called for removal of trade protections that prevented flow of food supplies.

The G20 will set up a joint forum between finance and agriculture ministers to address food and fertilize supply issue. A similar forum has been set up for finance and health ministers for pandemic preparedness.

Analysts said the failure to agree on a communique reflected the weakness of the once-mighty economic grouping. 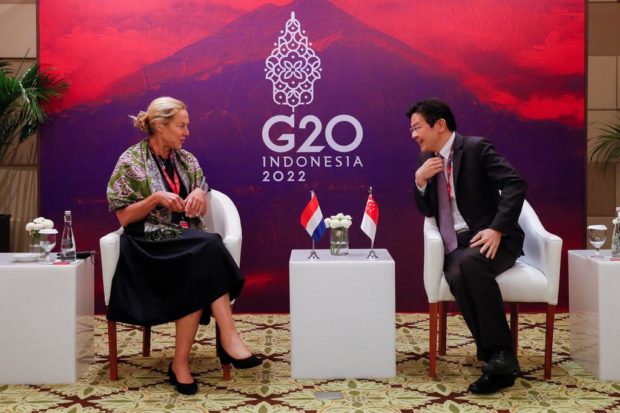 “We are in a rudderless moment in the world economy with the G20 paralysed by Putin’s war and the G7 unable to lead on global public goods,” said Kevin Gallagher, who heads the Global Development Policy Center at Boston University.

G20 members pulled together at the start of the pandemic, but initiatives to cushion the shock for heavily indebted poor countries failed to produce significant results.

Western countries, concerned about the lack of transparency in China’s lending, were pressuring Beijing to restructure debt contracts and transform its role to “one that (contributes) to the country rather than to one of indebtedness and servitude,” said U.S. Ambassador to Japan Rahm Emanuel. But they were frustrated that Chinese officials did not attend the meetings in person, making sideline discussions impossible. 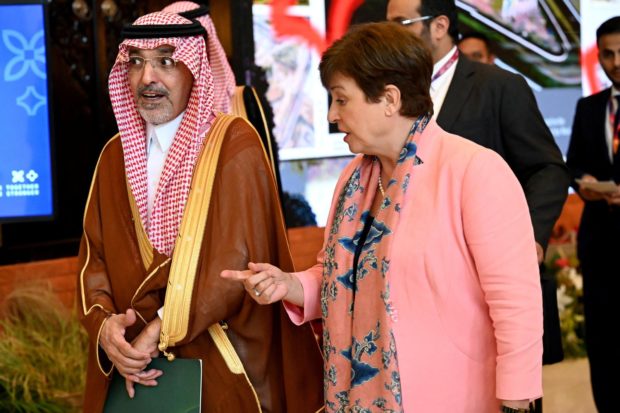 Kristalina Georgieva, head of the International Monetary Fund, warned more than 30% of emerging and developing countries – and a staggering 60% of low-income countries – were in or near debt distress.

“The debt situation is deteriorating fast and a well-functioning mechanism for debt resolution should be in place,” she said.

Sri Mulyani said G20 also encouraged further progress on the implementation of the Common Framework for Debt Treatment beyond the debt service suspension initiative in a timely, orderly, and coordinated manner.

She said there were discussions on how to make the framework more effective for countries in need.

In Ukraine’s Bakhmut, war is never far away