Bato dela Rosa on the next PNP chief: ‘He should have balls’ | Inquirer News

Bato dela Rosa on the next PNP chief: ‘He should have balls’

Currently, Lt. Gen. Vicente Danao Jr. is the officer-in-charge of the PNP since no one has so far been selected to assume the PNP chief post under the administration of President Ferdinand Marcos Jr.

(Whether the current PNP chief is replaced or retained, I just hope he has the balls. The PNP chief should have the balls to fight problems on drugs, crime, and terrorism.) 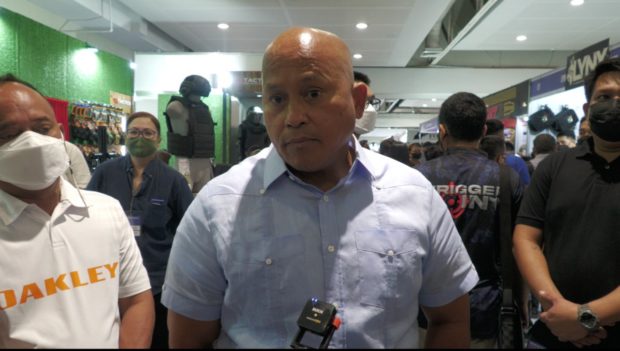 Senator Ronald “Bato” dela Rosa answers questions from the media on the sidelines of the 28th Defense and Sporting Arms Show in Mandaluyong City on Thursday, July 14, 2022. INQUIRER.net/Beatrice Pinlac

“We will leave it up to the new administration, the new President to choose kung sino ang kanyang trust and confident (sic) na maging chief [sa] PNP (whoever he confidently trusts to be the PNP chief),” he added.