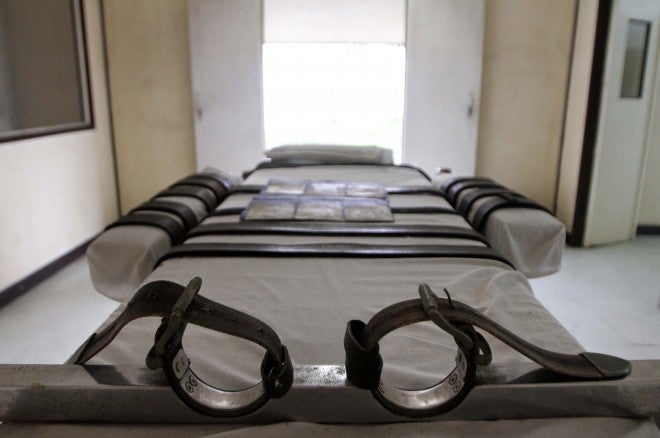 MANILA, Philippines — Senator Ronald “Bato” dela Rosa is not giving up on his initiative to revive capital punishment in the country by filing a new bill targeting large-scale illegal drug traffickers.

Dela Rosa expressed high hopes that his new bill, which he filed Tuesday, would finally get the approval of Congress, especially with Sen. Francis Tolentino becoming the next chairman of the Senate committee on justice and human rights.

“Yes, because the incoming chairman is Sen. Tolentino, who is not anti-death penalty,” he said in a text message on Wednesday when asked if he thought the measure now has better chances of getting the congressional nod.

Tolentino’s chairmanship of the committee, which would handle the death penalty bill, was further confirmed by Senate President Pro Tempore Juan Miguel Zubiri, who is set to become Senate president.

The justice committee was previously headed by former Senator Richard Gordon, who has been vocal against capital punishment.

Dela Rosa first sought the reinstatement of the death penalty by filing a similar measure in 2019. His fresh bid for reimposing the death penalty was among his top 20 priority measures filed Tuesday in the 19th Congress.

Below is the complete list of his 20 priority measures released to the media on Tuesday: