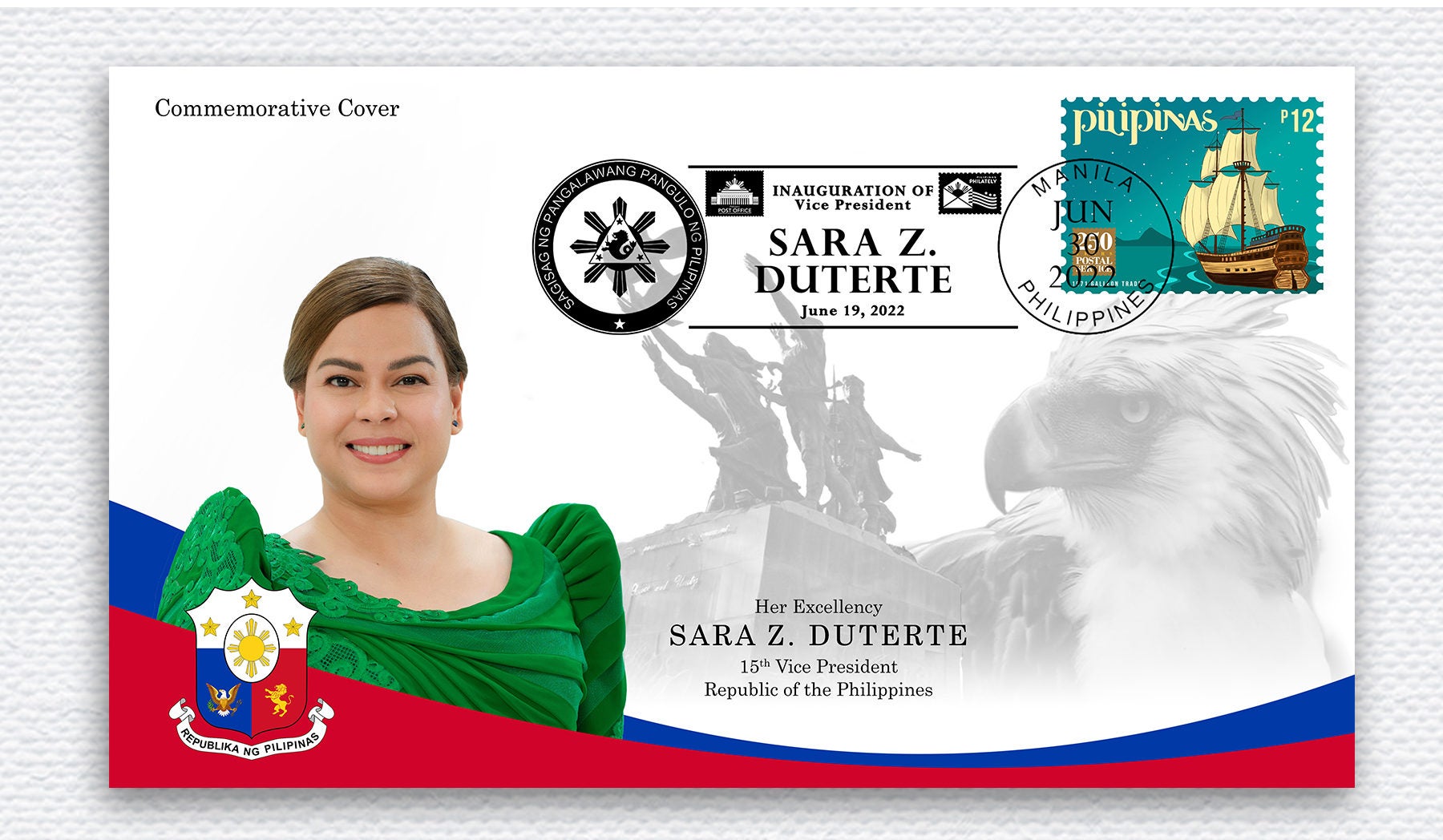 MANILA, Philippines – The Philippine Postal Corporation (PhilPost) has issued commemorative covers with the images of President Ferdinand “Bongbong” Marcos Jr. and Vice President Sara Duterte to mark the inaugurations of the two new top leaders of the country.

PhilsPost said Tuesday that the commemorative covers were issued on June 30, the day Marcos took his oath as the 17th president of the country.

Meanwhile, a commemorative cover bearing the face of Vice President Duterte was also issued by the PhilPost.

An image of the monument of Peace and Unity in Davao City and the Philippine Eagle can be seen at the background of the commemorative cover.

“Stamps on the inauguration shall be issued soon!” the PhilPost said.