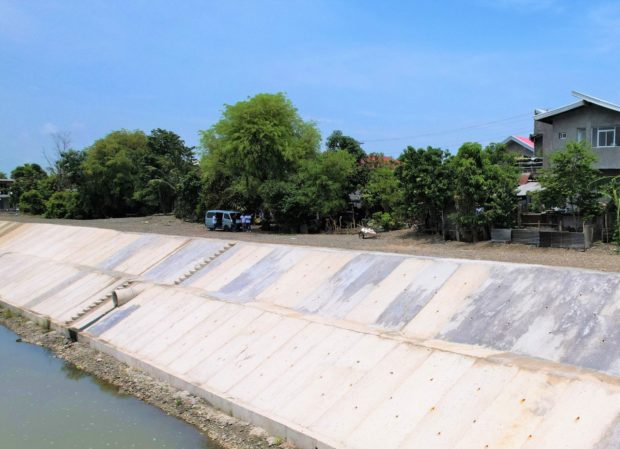 MANILA, Philippines — Two flood control infrastructure projects have been completed along the Peñaranda River in the towns of General Tinio and San Leonardo in Nueva Ecija, the Department of Public Works and Highways (DPWH) announced Wednesday.

The flood control structures, with a total length of 237.6 lineal meters, are built to reduce the threat of flooding in low-lying areas as the typhoon season has already begun, DPWH Regional Office 3 Director Roseller Tolentino said in a report to Secretary Manuel Bonoan.

According to DPWH, communities from Barangay Rio Chico in General Tinio and Barangay San Roque in San Leonardo will benefit from the newly-built structures.

With both towns relying on agricultural products, Tolentino said that local farmers will benefit from the flood control structures which will prevent low yield of crops due to soil erosion caused by overflooding of the river, while also ensuring the safety of residents from the effects of flooding.

The flood control projects were implemented by DPWH Nueva Ecija 2nd District Engineering Office and were completed months ahead of its targeted completion dates.

DPWH said that the construction of infrastructures cost P38.8 million, with the funding sourced from the General Appropriations Act of 2022. – Xander Dave Ceballos, INQUIRER.net intern