Shedding 5% of redundant staff can save P14.8B – DBM | Inquirer News 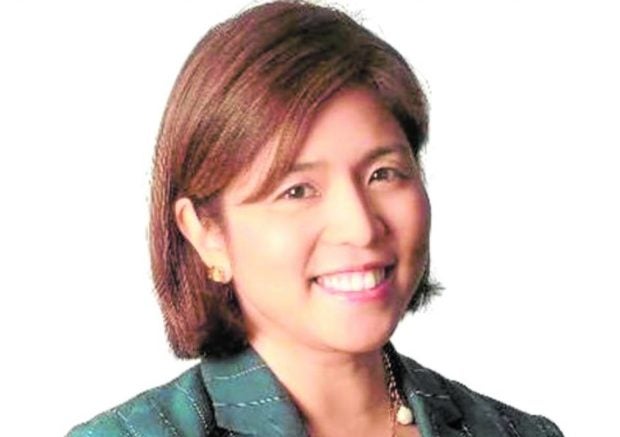 MANILA, Philippines — The practice of hiring consultants and contractuals or “casual” employees in government service will soon end as the administration of President Ferdinand Marcos Jr. pursues a “lean and efficient” bureaucracy by “rightsizing,” Budget Secretary Amenah Pangandaman said on Wednesday.

In a radio interview, Pangandaman said the Marcos economic team was polishing a rightsizing bill to be pitched to Congress before the president’s State of the Nation Address (Sona) on July 25.

Budget Undersecretary Goddes Hope Libiran told the Inquirer that the rightsizing bill would be part of the priorities of the Legislative-Executive Development Advisory Council (Ledac), the body formulating the executive’s legislative agenda.

The bureaucracy currently has 2 million employees across 187 agencies and government-owned and -controlled corporations (GOCCs).

“Affected personnel may apply to positions that will be created as an effect of the rightsizing. The government will also provide a retooling program for personnel so they may apply in vacant positions. Those who opt to retire will receive appropriate retirement benefits,” Pangandaman said.

“The proposal for rightsizing, however, excludes teaching and teaching-related positions, medical and allied medical positions or those in the health sector, and the military as well as other uniformed personnel,” Pangandaman added.

Finance Secretary Benjamin Diokno said last Friday that the plan was to give the President authority within a one-year period to rightsize the government.

At present, he said abolishing government agencies would need congressional approval, taking it longer to rightsize.

However, Pangandaman said that “with the instructions of the President to also look at [agencies’] existing structures, I think it’s wise to refile the bill,” referring to the proposal titled Rightsizing the National Government Act of 2017 that she helped push as an official of the Department of Budget and Management (DBM) during the Duterte administration.

While officials declined to say which government bodies could be axed, Diokno, when he was budget chief in 2017, said that among the proposals under the rightsizing bill back then was to abolish the Presidential Commission on Good Government (PGCC) and transfer its remaining activities to the Department of Justice (DOJ). The PCGG is tasked to recover and dispose of ill-gotten wealth of the late dictator Ferdinand Marcos’ family and its cronies.

Senators on Wednesday cautioned the executive department against plans to “rightsize” the bureaucracy.

Sen. Aquilino “Koko” Pimentel III warned that the DBM might be usurping the powers of Congress by abolishing government entities created by law.

Congress also has to enact laws granting the separation benefits to employees to be displaced, as well as the disposal of the agencies’ assets, Pimentel added.

“The role of the executive branch is to identify these government agencies to Congress so that the corresponding relevant bill can be drafted. [The] first step is with the executive, but the formal decision to abolish [an agency] rests with Congress,” he said.

Sen. Joel Villanueva said he was wary that the planned rightsizing would generate savings but result in the loss of jobs for many state workers.

Before the DBM executes the plan, it must first resolve two pressing issues hounding the bureaucracy: the high number of unfilled positions and of contractual employees, the senator said.

The senator also wondered why there was a “significant” number of government workers under job order or contract of service positions in the government, despite the high number of unfilled positions.

Civil Service Commissioner Aileen Lizada on Wednesday agreed that the DBM might want to look first at the unfilled positions in several government agencies, before getting to the idea of rightsizing.

“I’d like to see it in a different view,” Lizada told the Inquirer in a phone interview, when asked about Pangandaman’s proposal. “There are unfilled positions [in some government agencies], maybe they want to look at that as well to have it rationalized?”

In separate statements, however, Senators Sonny Angara, Loren Legarda and Chiz Escudero all welcomed the move of the DBM to streamline government bureaucracy.

Angara said proposals to streamline the government bureaucracy have been in the pipeline for many years and were “probably overdue.”

“I personally would not be averse to delegating the power to the executive, particularly the DBM, as that is part of its mandate,” he said.

Legarda expressed support for the DBM’s proposal, which is similar in intent to a measure she said she filed in the 17th Congress as then finance chair.

She said she would refile her “rightsizing” bill when the 19th Congress opens.

Escudero said rightsizing the bureaucracy was the “right path” to save funds and make service delivery more efficient, but conceded that the process would be “long and difficult” and encounter “a lot of resistance.”

Senators back proposed rightsizing of bureaucracy