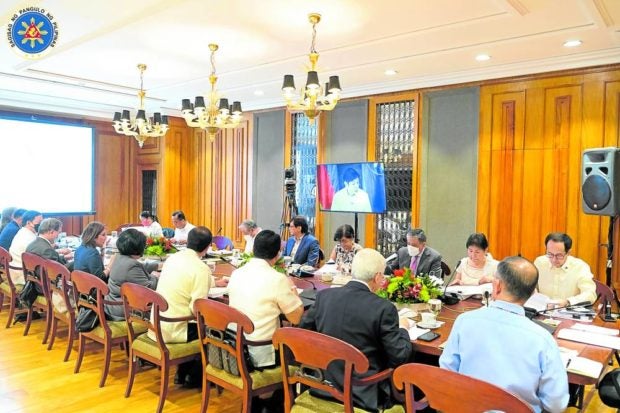 DISASTER RESILIENCE | Environmentalist Ma. Antonia “Toni” Yulo Loyzaga is known for pushing resilience to disasters based on scientific research. Her appointment as secretary of the Department of Environment and Natural Resources was welcomed by environmentalists and mining companies, two groups often at loggerheads over ways to battle climate change. (MALACAÑANG PHOTO)

Press Secretary Trixie Cruz Angeles made the announcement after the second Cabinet meeting in Malacañang, which was led by Marcos via teleconference as he was still in isolation after testing positive for COVID-19.

Angeles said Loyzaga, wife of former basketball star Chito Loyzaga, was chairperson of the International Advisory Board of the Manila Observatory where she advocated for more scientific research on climate and disaster resilience.

She also served as the executive director of the Manila Observatory and technical adviser of the Philippine Disaster Resilience Foundation, according to Angeles.

Loyzaga is currently a member of the Senior Advisory Board of the Command and General Staff College of the Armed Forces of the Philippines.

Angeles said Loyzaga still needed to submit certain documents for her appointment, which she did not specify.

“We hope prospective environment secretary Toni Yulo Loyzaga will take urgent climate action based on the global frameworks and standards on disaster risk reduction and climate resilience in her exercise of leadership,” Leon Dulce, national coordinator for Kalikasan, said in a statement.

Dulce said he hoped that Loyzaga’s duties and responsibilities at the DENR and her climate advocacy would not be affected by her family ties to first lady Liza Araneta-Marcos, her cousin.

He pointed to the Philippines’ climate assessment reports that mining, land conversion, and pollution were the “key drivers” of the destruction of the forest ecosystem and biodiversity loss in the Philippines that helped produce greenhouse gases that lead to climate change.

But big miners welcomed Marcos’ pick for the DENR portfolio.

The Chamber of Mines of the Philippines (COMP), a group mostly composed of the country’s large-scale mining companies, expressed its readiness to strike a balance between “economic development and environmental protection” under the Marcos administration with Loyzaga as head of the DENR.

“We are prepared to work with Sec. Yulo-Loyzaga in her advocacies, particularly disaster risk reduction and response, sustainable development goals, and climate change protection,” COMP chair Michael Toledo said in a statement.

Toledo said the mining sector was eagerly anticipating a “meaningful engagement” with Loyzaga and members of the President’s economic team led by Finance Secretary Benjamin Diokno “who has said that mining will be accelerated under the Marcos administration to help buttress the country’s post-pandemic recovery initiatives.”

Alyansa Tigil Mina said it was “cautiously optimistic” about Loyzaga’s nomination and expressed hope she would “strongly retain her bias for science and preference for social justice” in leading the DENR.

Greenpeace Philippines has “high expectations” of Loyzaga, its country director Lea Guerrero said. Guerrero said climate action and the environment must be the Marcos administration’s “top priority” as the world was on the brink of breaching the 1.5-degree threshold.

Angeles announced on Monday that Marcos had picked law professor Raphael “Popo” Lotilla as the secretary of the Department of Energy (DOE), a position he held from 2005 to 2007 during the Arroyo administration.

But she said that Lotilla was still considered a nominee “pending the clarification of his employment status” being an independent director at Aboitiz Power and the power company Enexor, Angeles said. 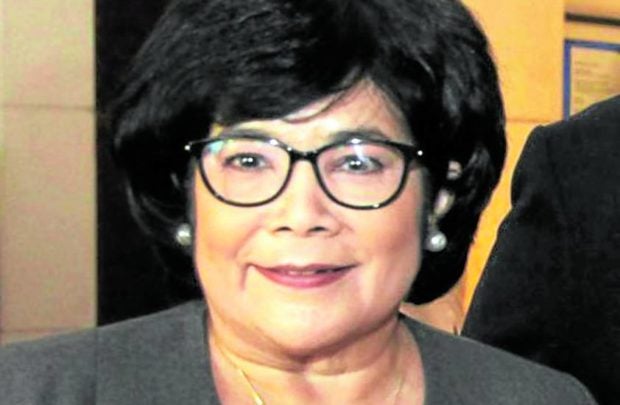 She cited Section 8 of Republic Act No. 7638 or the law that created the DOE which said: “No officer, external auditor, accountant or legal counsel of any private company or enterprise primarily engaged in the energy industry shall be eligible for appointment as Secretary within two (2) years from his retirement, resignation or separation therefrom.”

Marikina Rep. Stella Luz Quimbo and Albay Rep. Joey Salceda, who are both economists, said Lotilla was highly qualified for the job.

“He has the technical expertise required of the position as he previously served as Neda deputy director-general from 1996 to 2004,” said Quimbo.

Lotilla’s position as an independent director of two energy companies means that he “falls outside the list of disqualified individuals from becoming secretary of energy,” Quimbo said. This was also Salceda’s position.

“If anything, being elected as an independent director of a major publicly-listed energy company adds more to Lotilla’s qualification rather than diminishes it. It shows that stakeholders in the industry recognize him as a man of unquestionable integrity, possessing specialized knowledge of the energy sector,” Quimbo said.

Salceda said Lotilla was “among the strongest appointments the president has made and is quite likely the best appointment he could have made for DOE.”

“We need someone like Popo who gets difficult but necessary reforms done. Given our energy situation, I am sure he will have to make hard choices. I am sure the decisions he will make are hard but right,” Salceda said.

“He has proven legal and technical knowledge necessary in addressing various pressing issues in the sector and to ensure energy security for our country,” said Sen. Sherwin Gatchalian, who headed the Senate’s energy panel.

“Most importantly, he has unquestionable integrity that is required of a leader of a vital government department,” he said.

“I am confident that he will be able to wade through the myriad of problems facing the energy sector because of his competence, integrity, and dedication to work,” Escudero said.