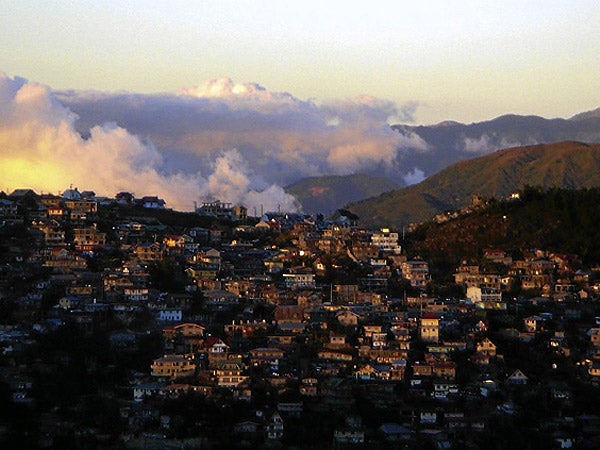 FILE PHOTO: A view of Baguio City, considered the most vulnerable to climate change among four cities outside the National Capital Region due to its vulnerability to extreme weather events, according to the World Wide Fund for Nature-Philippines, which did a study years ago. INQUIRER FILES

In his inaugural speech at the National Museum of Fine Arts, he said he would ask for help from partner nations to address the problem.

According to him, the Philippines, despite having “a very small carbon footprint, is at the highest risk” for impacts of climate change.

“The rich world talks a great deal but does a lot less about it than those with much less, but who suffer more death and destruction from climate change and lack of adaptation,” he said.

“We will look to our partners and friends to help the Philippines, who, despite having a very small carbon footprint, is at the highest risk,” he added.

Marcos Jr. said the first action needed is to “spare the victims and help them recover.”

“First, spare victims; then help them recover, and move on to lessen the harmful impact of climate change. We, too, have our part to play; we are the third biggest plastics polluter in the world,” he pointed out. “We won’t shirk from (sic) that responsibility; we will clean up.”

The Philippines ranked fourth among the countries worldwide most affected by extreme weather events from 2000-2019, according to the Global Climate Risk Index 2021.

READ: 3 things we must do to mitigate impact of climate change in PH

In December 2015, the Philippines signed a deal to cut greenhouse gas emissions to limit the rise in global temperatures to below two degrees Celsius.

In 2020, President Rodrigo Duterte asked parties to the Paris Agreement to comply with its terms, pointing out that countries like the Philippines suffer the most from the effects of climate change.