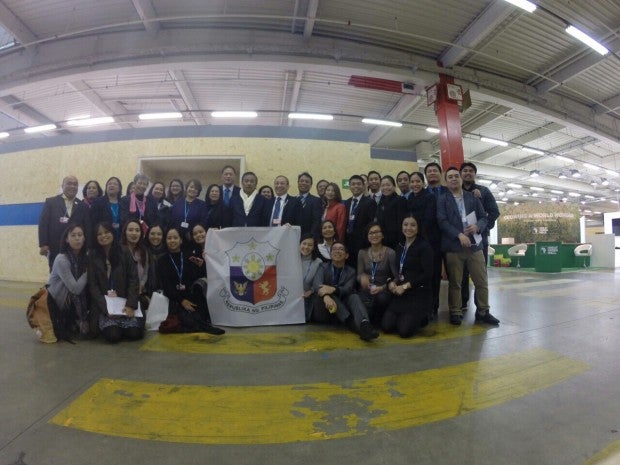 PARIS—The final draft of a new universal and legally binding compact to lower heat-trapping greenhouse gas emissions and avert planetary catastrophe consists of a 19-page Decision implementing the proposed Agreement and a 12-page Annex which contains the text of the Agreement itself. The draft, the third version of the “clean” text prepared by the French hosts of the 21st Conference of Parties (or COP21) meeting under the UN Framework Convention on Climate Change, was released at around 130 pm here (830 pm in Manila).

A preliminary and partial look shows that the Philippine position, which aligns with those of other members of the Climate Vulnerable Forum it currently chairs, has been mostly integrated into the Agreement—starting with the CVF’s dramatic and previously quixotic call for a more ambitious 1.5-degree cap on the rise of global temperatures.

1.5-degree goal. At the ministerial dialogue on December 8, the head of the Philippine delegation, Secretary Emmanuel de Guzman, summarized the CVF view: “For vulnerable countries, there is a single thing that will measure the ambition of the Paris agreement and it is a number: 1.5.”

The purpose of the Paris Agreement is defined in Article 2; the definition now includes the reference “to pursue efforts to limit the temperature increase to 1.5 C above pre-industrial levels”—a clear victory for the efforts of the 43 CVF countries, as well as of the Alliance of Small Island States at the forefront of the so-called High-Ambition Coalition, to press the case for a more ambitious temperature goal.

Article 2 actually holds the cap on the rise in global temperatures to “well below 2 C above pre-industrial levels,” but aside from the reference to 1.5, the article has also been restructured to reflect that the temperature goal is only one of three main approaches to meet the purpose of the Agreement, which is “to strengthen the global response to the threat of climate change.” The other two approaches call for fostering climate resilience and directing finance flows.

Human rights language. The human rights aspect of the climate change debate was raised by the Philippines in Lima, Peru last year; the draft Paris agreement enshrines this concern in several paragraphs in the Preamble, notably in Paragraph 11: “Parties should, when taking action to address climate change, respect, promote and consider their respective obligations on human rights.”

At the first of the two all-night sessions in the homestretch of the negotiations on December 9, De Guzman responded to a new challenge to the inclusion of the human rights principle. “We also would like to have good and strong language on human rights, including rights of women and indigenous peoples, and ecosystems integrity. A reference to these in the preamble is not sufficient for us; we need to have these references in the operative text such as in the current Article 2.2.”

Ecosystems integrity. In the final draft, the paragraph on another issue closely followed by the Philippines, the integrity of ecosystems, shows that the country’s negotiators had won a hearing.

The draft Paris Agreement retains the language of “Noting,” but integrates both the need to ensure integrity and the concept of other ecosystems: “Noting the importance of ensuring the integrity of all ecosystems, including oceans …”

But the paragraph also includes a new reference to “climate justice”—an inclusion that strengthens the position of climate-vulnerable countries who had little to do with creating the global warming crisis in the first place.