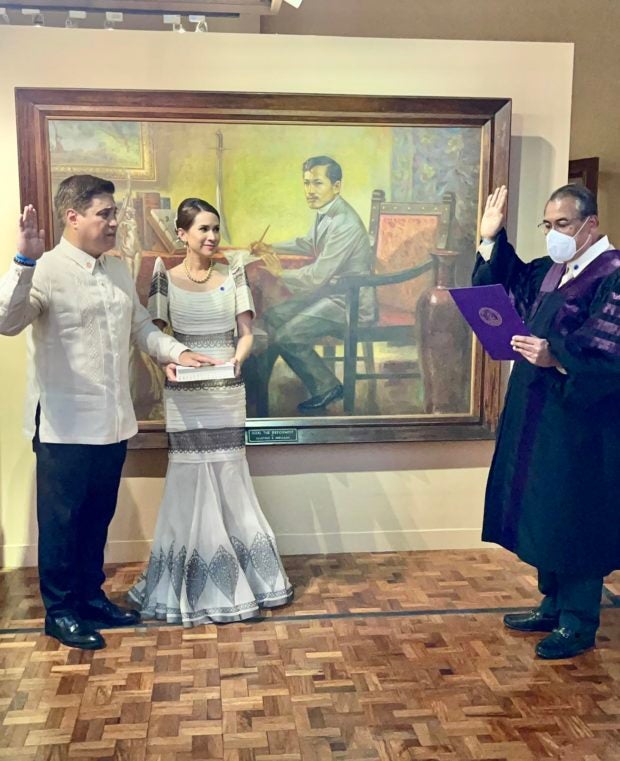 Zubiri’s oath taking happened on the same day that President Ferdinand “Bongbong” Marcos Jr. was inaugurated, also at the National Museum, and with Gesmundo.

“Today, I took the opportunity to take my oath as well after the historic oathtaking of our dear President BBM,” Zubiri said in a statement, referring to Marcos’ preferred acronym.

The re-electionist senator had his oath taken in front of an art piece that showed national hero Dr. Jose Rizal. 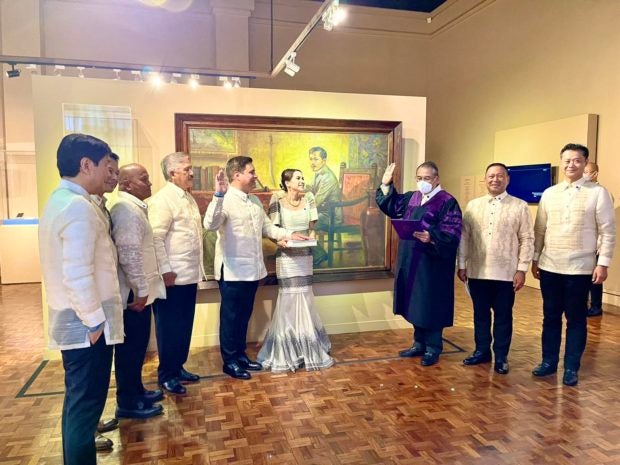 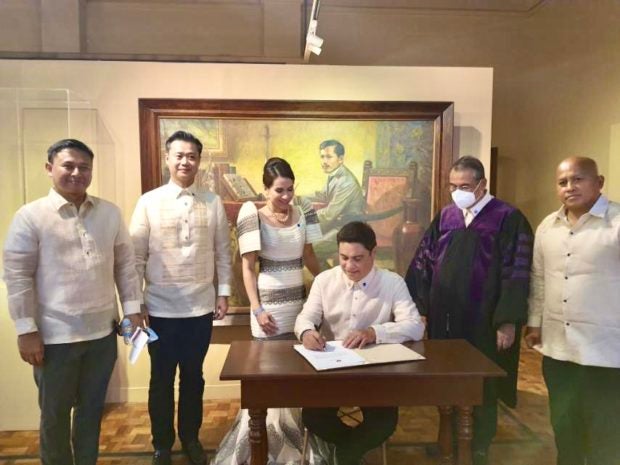 Images from Office of Sen. Zubiri,

(As a public servant, my guide is Dr. Jose Rizal because of his courage, intelligence, and love for the nation.)